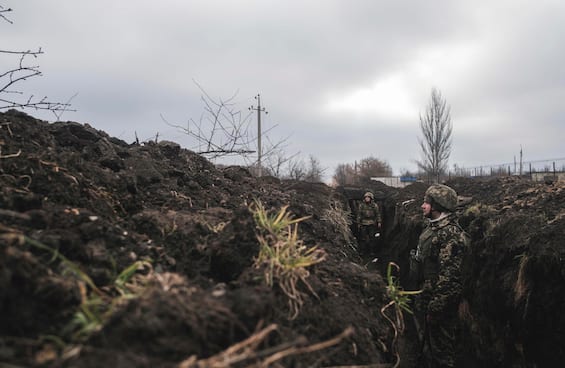 “As of today Bakhmut has been released.” The headquarters of the territorial defense of the Donetsk People’s Republic said Russian forces had liberated the settlement of Bakhmutskoye, Tass reported. In the eastern Ukrainian city, fierce fighting has been going on for five months, with mercenaries from the Wagner group attacking Ukrainian defenses to breach around Bakhmut and the suburb of Soledar, the epicenter of the battle. (ALL UPDATES LIVE)

Ukrainian President Volodymyr Zelensky in his video speech denied the Kremlin’s statements, saying that Ukrainian forces are repelling continued attacks on the city of Bakhmut in the eastern region of Donbass and are maintaining their positions in nearby Soledar albeit in very difficult conditions.

According to the commander of the Freedom Battalion of the Ukrainian National Guard, Yevgeny Oropai, there were several massive assaults by Russian infantry near the city during the night. He said it on Ukrainian TV, quoted by UNIAN.

German Vice-Chancellor and Minister of Economy and Climate Protection Robert Habeck does not rule out that Germany may decide in the future to supply Leopard tanks to Ukraine. “We will observe how the discussion develops further,” the minister said, according to which the dynamics of the supply of weapons to Kiev will change depending on the development of the course of hostilities in Ukraine.

The decision of the German authorities was not appreciated by the Russian embassy in Berlin which condemned the decision to send infantry fighting vehicles to Kiev, calling it another step towards the escalation of the conflict in Ukraine and considering it a step taken “under the strong pressure from Washington”.