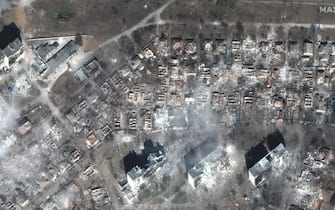 In the last few hours, Russian President Vladimir Putin announced the taking of Mariupol. The news was not confirmed by either Ukraine or the United States, but in recent days many analysts have spoken of the fall of this city as a matter of time. For Russia it is strategic because it is an important one outlet to the Black Seahome to important plants and because it is located between Crimea and the two separatist republics of Donbass: conquering it would allow Russia to connect these territories

WATCH THE VIDEO: War in Ukraine, here are Moscow’s next targets

Not only. As reported by various newspapers, once the objective has been reached, Moscow could employ the soldiers who are now fighting in this area elsewhere and continue with the so-called “phase two“Of the conflict, which should lead to the conquest of the whole territory of Donbass and which, according to the Ukrainian government, began on Tuesday with the increase in Russian attacks in the east of the country

Ukraine, the map of the conflict: the battle of Donbass begins

As the Associated Press reports, the battle in this area is also about control of an area where they are concentrated coal mines and industrial plants and, if the Russian offensive succeeds, theUkraine could be split in two allowing Putin to boast a much-needed victory, especially after the failure of the original plan which most likely involved overthrowing Ukrainian President Volodymyr Zelensky and establishing a puppet government in Ukraine

According to UK military intelligence, cited by ReutersRussia would have given up on attacking thesteel mill in Mariupolwhere the Ukrainian resistance is barricaded, precisely to “free” forces to be used elsewhere, as well as to avoid large losses among his army

These reinforcements could be used to make scorched earth and pave the way for infantry, in the wake of what has already been done in Chechnya and Syriawhere the Russian forces were commanded by the same general who is now in charge of operations in Ukraine: Aleksander Dvornikov

Ukrainian war: who is the Russian general Dvornikov, the new commander of operations

According to Lugansk governor Serhiy Gaidai, Russian forces already control the80% of the oblast. Kreminna fell into Russian hands, north of Severodonetsk, where at least 200 civilians were killed, according to Ukrainian authorities, and the next targets could be Rubizhne And Popasnawhere there would be street fighting and the mercenaries of the Wagner group

War in Ukraine, that’s who are the mercenaries of the Wagner group who work for Russia

The Russian attempt to advance towards Popasna was also confirmed by UK intelligence, according to which in eastern Donbass “they continue heavy shelling and fightingwith Russia attempting to advance further towards Krasnyy Lyman, Buhayikva, Barvinkove, Lyman “. The Russians, however,” are still suffering from previous losses “and to” try to recharge their exhausted forces, they have resorted to sending to Russia of unusable equipment to be repaired ”

The attacks also continue to Kharkivthe second largest city in Ukraine, which for Putin represents another strategic target, even in symbolic terms. As the New York Times recalled long ago, it was precisely here that the former pro-Russian Ukrainian president took refuge in 2014 and a plan was organized here to restore him to power

In the last few hours, Mayor Ihor Terekhov (pictured) said that there were “huge explosions”In the city and that Russia is bombing it“ in a furious way ”. He then added that about one million people remain in the city, while 30% of the population has left

Other crucial battles would be fought in the vicinity of Izyum and Kupiansk, but raids are also reported in the Zaporizhzhia e Dniproand the bombings also continue on Mykolaiv, strategic bastion for the defense of Odessa. Meanwhile, in the morgues of the Kiev region, according to Deputy Prime Minister Olga Stefanichyna, there are currently the bodies of 1,020 civilians, “recovered in buildings, but also on the roads”