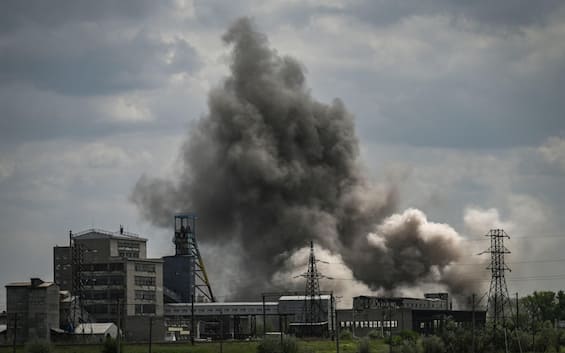 The Russian mercenaries of the Wagner Group claim the conquest of the Ukrainian town of Soledar and declare that they have surrounded the center, where fighting is taking place: this was stated by the founder and head of the militia, the oligarch Ievgheni Prigozhin. “Units of the Wagner private military company have taken the entire territory of Soledar under their control. The city center has been surrounded and an urban war is being waged. The number of prisoners will be announced tomorrow,” Prigozhin writes on the Telegram channel of the Wagner Group . (ALL UPDATES LIVE)

The denial of Kiev

The Ukrainian army, however, denies the claims of the head of the Wagner mercenaries. The Russians say that Soledar is under their control, this is not true,” says the representative of the Eastern Group of Armed Forces of Ukraine Serhiy Cherevaty as reported by Ukrainska Pravda. it is located in the Soledar mines,” adds Kiev.

If confirmed, it would be Russia’s biggest battlefield success since last summer. The RIA Novosti agency has published a photo of the leader of the Russian paramilitary group, in camouflage and surrounded by militiamen, inside a mine. Soledar, which had a population of around 10,000 before the war, is close to Bakhmut, another bloody battlefield, indeed it is considered the gateway to the city.

Prigozhin wants control of the mines

A US official said last week that Prigozhin wants control of the area’s large salt and gypsum mines, which he called “the icing on the cake” in the Bakhmut area’s strategic importance, a “network of underground cities” that it can hold “a large group of people at a depth of 80-100 meters”, and can also allow for the free movement of tanks and other military vehicles.

The Wagner group increasingly decisive in the conflict

There is a realistic possibility that Wagner Group personnel now make up a quarter or more of Russian fighters” in Ukraine, says a Western intelligence official who wished to remain anonymous, as reported by the Guardian. According to the intelligence Yevgeny Prigozhin’s private Russian militia is playing an increasingly significant role in the Moscow campaign but its military effectiveness in Bakhmut’s sector – where their forces are concentrated – is still considered limited. advanced is so slow that “sometimes it takes two weeks to take a single home”.