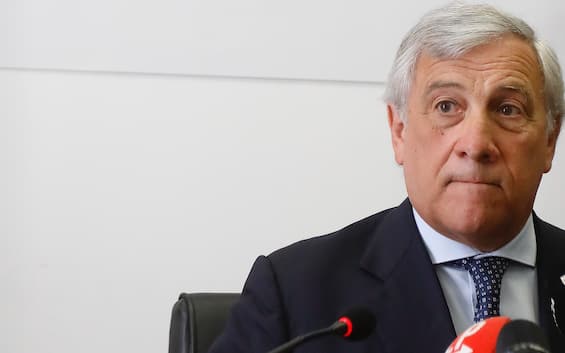 The air defense shield for Ukraine is “an Italian-French project: there are technical problems to be solved, related to military aspects, but there is no holding back and we are working to provide it”. This was stated by Foreign Minister Antonio Tajani, speaking on the Radio Anch’io program on Radio 1. “The General Staffs are at work but it takes time”, added Tajani. The foreign minister then commented on yesterday’s post from the Russian embassy in Rome showing anti-personnel landmines found in Ukraine which according to Moscow were produced in Italy. “The Russian accusations about Italian mines in Ukraine are fake new, false news. They lie knowing they are lying, as Defense Minister Crosetto said: Italy has no longer produced those mines since 1997. It is true that in the past it was sold the patent, in fact from the numbers that appear on the mines whose photos have been published on the website of the Russian embassy it can be seen that these are mines produced in the Far East under an old license. But Italy respects international law and since 97 does not produce landmines or sell them”. (WAR IN UKRAINE – ALL UPDATES LIVE)

“The former president of Brazil Jair Bolsonaro never applied for Italian citizenship, then there are laws. There are people who have the right to apply for it, but he didn’t apply for it”. This was stated by Foreign Minister Antonio Tajani on Radio anch’io in response to a question after yesterday Angelo Bonelli, co-spokesman of Green Europe and member of the Alleanza Verdi Sinistra, presented an urgent question to the Foreign Minister on the basis of news from the weekly Istoè according to which “the whole Bolsonaro family intends to obtain Italian citizenship as soon as possible at the Italian Embassy in Brasilia and come to Italy as soon as possible”.