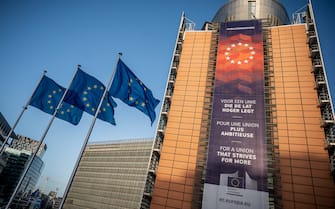 The European Commission has drawn up a 10-point plan on Ukrainian refugees which includes a platform for the management of requests of temporary protection, the reception mappinga system to counter the human trafficking

WATCH THE VIDEO: Ukrainian war, about 4 million refugees including children and displaced persons

“This plan will lead to the creation of an EU platform for registration of all who arrive and all who apply for temporary protection“, explained the European Commissioner for Home Affairs, Ylva Johanssonat the end of the Council

War in Ukraine, here are the sanctions against Russia that have not yet been adopted

“There will be coordination at the European level for some information and transport hub to ensure that refugees can be helped to arrive in other countries, “he added.” One has been made mapping of reception capacitydeveloping an index to understand what the situation is and the burden on each of the Member States “, explained the Swedish Commissioner

Russia, from Litvinenko to Navalny: the cases of suspected poisoning in recent years

The plan identifies “uniform guidelines for the reception of minorsespecially those unaccompanied, also with regard to their transfer. “Among the objectives is that of combat trafficking in human beings and a strengthening of solidarity with the Moldova

War in Ukraine, which and how many US and EU weapons have sent to Kiev

“We have asked more countries to participate in the resettlement of refugees currently in Moldova, including using the Frontex staff and with routes to third countriesamong which Canada, the United States and Great Britain“highlighted Johansson

Ukraine, intelligence: “Putin wants to divide the country between North and South, like Korea”

All this will follow the optimization of funds for emergency management aimed both at host Member States but also directly at refugees. Among the ten points of the plan, there is also a safety coordination to “know who arrives on the territory and guarantee the security of Europe”

As for the Italian situationto date they are 73,898 Ukrainian refugees welcomed in Italy. 50% is made up of women, 40% minors and 10% men, indicates the Interior Ministry in the daily update. After the first phase of the emergency, when the peaks marked between 4 and 5 thousand arrivals a day, the daily increase seems to have settled under 2 thousand

At the moment, the majority of refugees arrived in Italy seems to have found autonomous accommodation, relying on an extended ‘network’ of relativesfriends and acquaintances: the Ukrainian community in Italy matters over 240 thousand people. Milan, Rome, Naples and Bologna are among the first four places of the destinations indicated by the refugees at the entrance

To date more than 60% of Ukrainians who have left the country he is still in Poland and in the other neighboring countries, because the hope is that the war will end by allowing the I go back home. But if the conflict lengthens, the numbers could become even more impressive

For this the Department of Civil Liberties and Immigration of the Ministry of the Interior initiated the procedure for expand the reception system by 3,530 placesto be given priority to refugees fleeing Ukraine

Additional 470 places have been foreseen in the context of requests for extension of projects of the Local societies for the reception of families. The same local authorities can present (until May 12) new proposals for a further 1,000 places in total. Prefectures and Municipalities will then have access to real estate confiscated from organized crime (388 those already registered)

A separate node is that of minorsespecially those unaccompanied: so far in Italy they would have been counted 300. Some arrived in the company of relatives, acquaintances, educators, relationships not recognizable as legal protection. Hence the appointment of a Special Commissioner, called to prevent them lose track or who may become victims of trafficking