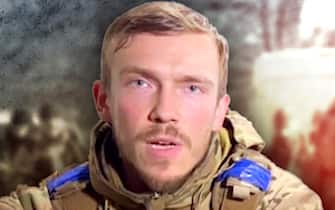 “I’m proud of my soldiers who are making superhuman efforts to contain enemy pressure. The situation is extremely difficult, “said the commander of the Azov regiment Denis Prokopenko in a video message on the day the Russian forces they entered at the Azovstal steel plant in Mariupolencountering resistance from Ukrainian forces

In the video Prokopenko has the tired face and sunken eyes: after two weeks of siege the lieutenant colonel shows signs of fatiguebut he’s not going to give up in the most difficult moment

Mariupol Azovstal Steel Plant, because it plays such an important role

Prokopenko, a head of the resistance in the bowels of the Azovstal, in a video he speaks of a “heavy and bloody battle”. But he assures that the men of the Azov Regiment they will fight to the death in order to defend the steel mill, once the beating and productive heart of the city of Mariupol

From the US to North Korea: all the new weapons tested in recent days

The commander ‘Redis’ has 30 years and has already received several awards by President Voldymyr Zelensky. The last in March, the medal of the Order of the Gold Cross, one of the highest honors in the country

War in Ukraine, what is Novorossia and why it is talked about

Prokopenko attended the curve of the ultras of Dynamo Kiev and studied Germanic philology at the university of the capital, where he graduated in Foreign languages ​​and Literatures

Putin, response to sanctions: signs a decree with new measures against “hostile” countries

Prokopenko’s military debut was in 2014when the Azov Battalionwhich formed spontaneously as far-right paramilitary group in the early stages of the Donbass War, he was framed in the National Guard of Ukraine (in the photo the wife)

Prokopenko comes from Kareliaon the border with Finland. His family died in the course of war of 1939 between Finland and the Red Army, which only his grandfather survived. “It looks like I am continuing the same waronly on another piece of the front, a war against the occupation regime of Kremlin“, he has declared (in the photo the wife)