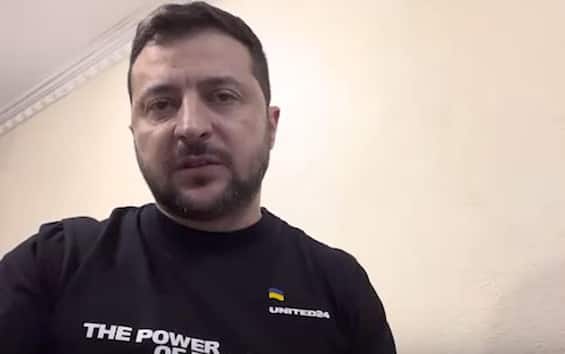 Ukrainian President Volodymyr Zelensky speaking on video at the meeting of the Security Council on Ukraine explicitly accused the Russian president: “During the referendums in the occupied territories people were forced to vote while being threatened with weapons and the results were prepared with great advance. Every annexation is a crime ”. The referendums for the annexation of Donbass and Cherson to Russia began on 23 September. “The annexation puts Putin alone in the face of all humanity. I believe in your ability to act,” Zelensky said addressing the Council. According to the President of Ukraine, Russian referendums are “the most brutal violation of the UN Charter” and an attempt to “steal territory and cancel the rules of international law”. (UKRAINE-RUSSIA WAR. WATCH THE NEWS LIVE).

From the preliminary results the yes wins

The referendums organized in the self-proclaimed republics of Donetsk and Lugansk and in the southern regions of Cherson and Zaporizhzhia are not recognized by the international community, but the Council of the Russian Federation (the Upper House of Parliament) could already vote on 4 October for the annexation of the four territories. According to Russian media, over 97 percent of voters in the occupied Ukrainian regions expressed their support for the annexation. The confirmation comes from the pro-Russian authorities of the Lugansk, Donetsk and Cherson regions quoted by Tass: “From the preliminary results of the count, in Lugansk the” yes “won with 98.52%, in Donetsk with 94.75%. ‘Cherson area, where the counts have been completed, 87.05% of voters said they were in favor of annexation “.