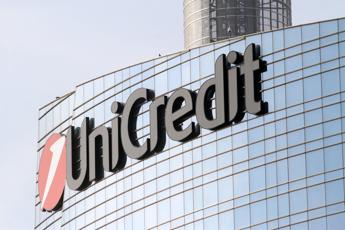 Unicredit beats the forecasts of financial analysts and archives closes the first nine months of 2022 with a Net income accountant, which includes Russia, of 3.99 billion euros, up 34.1% on an annual basis. On the other hand, excluding Russia, in the nine months the net book result was 4.21 billion, up 51%. Financial results defined byCEO of the group, Andrea Orcel, “exceptional. This is our seventh consecutive quarter of growth and the best first nine months of the year in at least a decade.” With respect to the strategic plan, then, “we are in clear advance on objectives“, despite” the prudent consolidation of the lines of defense “.


Given the quarter’s results, the more favorable interest rate environment, the low cost of risk and the reduction in costs, the bank has lifted up the targets for the whole financial year 2022 and expects revenues of more than 17.4 billion euros and a net profit of more than 4.8 billion, excluding Russia. The group’s cross-border exposure to Russia was reduced, at minimum costs, by a total of 50% to approximately 3.1 billion euro, through “proactive and disciplined” actions and “a progressive de-risking approach” will be maintained.

On the front of the accounts i revenues Q3 totals stood at 4.5 billion, up 4.5% year-on-year. Net revenues reached 4.2 billion, up by 6.8%, with the interest margin which amounted to 2.2 billion, down 3.2% on the previous quarter. The commissions were equal to 1.6 billion, down 1.8% and costs were 2.3 billion, down 3.1% on an annual basis due to lower personnel costs, especially in Germany and Italy, with a cost / income ratio of 50.2% per cent in the first nine months, down by 4.3 percentage points. The Cet1 ratio of the group stood at 15.41% per cent in the third quarter, down 32 basis points on the previous quarter.

“The momentum in our 2022 results, the organic generation of capital above the plan and the continued strengthening of our balance sheet create a solid foundation for a distribution at least equal to that of 2021, pending fourth quarter dynamics, supervisory and shareholder approval, “Orcel stressed.” Once the buyback plan is complete, we will have fulfilled our commitment to a shareholder distribution in 2021 of 3.75 billion euros “, he added.