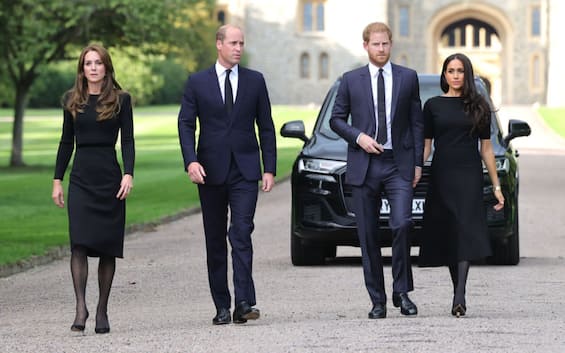 First he would have “taken him by the collar”. Then “he would have snatched the necklace and thrown him to the ground”. Protagonists of the physical confrontation described today by Guardian, the heir to the throne of England and brother. The British newspaper exclusively publishes some previews of Shoot, the long-awaited autobiography of Prince Harry. The dispute between the two royals would have been triggered by the decision of the second son of King Charles and Lady Diana to marry the actress Meghan Markle and would have ended with a back injury.

The clash between the two would have taken place in Nottingham Cottage. William, accused by Harry of behaving like an heir to the throne and not like a brother, would instead have told him he wanted to help him. ”Are you serious? Help me? Sorry, is that what you call it? Help me?” These are Harry’s phrases that would have infuriated William, “who wasn’t thinking, he was furious”. Trying to calm him down by handing him a glass of water, Harry says that “everything happened so fast. he grabbed me by the collar, snatching my necklace, and threw me to the floor. I landed on the dog bowl, which broke under my back, the pieces cutting me. I stood there for a moment, dazed, then I I stood up and told him to get out.” Harry writes that William urged him to fight back, citing fights they had when they were children, but he refused to. At that point William walked out, but then he returned “looking sorry”, writes Harry. ”You don’t need to tell Meg,” William said, adding that ”I didn’t attack you.” Harry then says he told what happened to his therapist, while his wife noticed it by seeing the ”scratches and bruises” on his back, but ”it was not very surprised, she was not very angry”. Instead, she was ”very sad”.

The book, of which the Guardian obtained a preview copy, takes its title from an old saying in royal and aristocratic circles, namely that the eldest is heir to titles, power and fortune while the second serves as a ”spare” in case something should happen to the first. The common thread of the text, however, as the Guardian writes, is precisely Harry’s resentment for being the “replacement”. A sentiment that emerges in the chapters on his childhood, his school, his career as a royal and in the British army, his relationship with his parents and brother and his life with Meghan and his role as a father. At the beginning of the book Harry tells of what his father, now King Charles, is said to have said to his wife, Princess Diana, on the day of Harry’s birth: ” Wonderful! Now you have given me an heir and a spare: my job is done”.