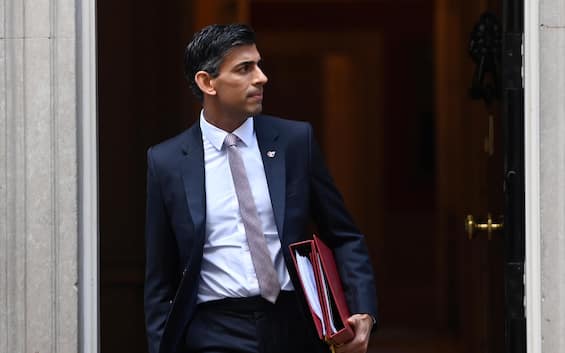 British Finance Minister Jeremy Hunt announced, presenting the autumn economic maneuver of the government of Rishi Sunak, a 55 billion pound plan to cover the hole in the accounts: of these, 45% concern tax increases and 55% spending cuts spread over the next few years. Among the key measures, the government will freeze tax credits until 2028 and reduce the threshold for applying the top rate of 45% from £150,000 to £125,140. “Although my decisions today result in substantial tax increases, we have not raised major tax rates, and taxes as a percentage of GDP will only rise 1 percent over the next five years,” Hunt said. The amount shareholders can earn in tax-free dividends will also be reduced, from the current level of £2,000 ($2,366) to £1,000 next year and to £500 by 2024. As electric cars become more widespread, will no longer be exempt from car tax as of April 2025 (FINANCIAL MARKETS, FOLLOW LIVE UPDATES).

Hunt: ‘UK is in recession’

The UK “is now in a recession, like other countries,” Hunt said, citing new estimates from the OBR, the body that provides independent analysis of UK public finances, which predict growth of 4.2% in 2022. (higher than the 3.8% expected in March), but a contraction of 1.4% in 2023 to then rise by 1.3%, 2.6% and 2.7% in the following three years. The inflation rate will stand at 9.1% this year and drop to 7.4% next year. These estimates, explained Hunt explaining the budget law in Parliament, “confirm that our actions today will contribute to a sharp drop in inflation starting from the middle of next year”. The ratio of public debt to GDP in the UK will reach 97.6% in the 2025-2026 fiscal year, well above the 80.9% of the previous forecast, which dates back to March, and will remain almost unchanged at 97.3 % on 2027.

Taxes on the profits of energy companies are increasing

UK’s profit tax on energy companies will rise to 35% from January next year until March 2028. Hunt also announced a new temporary 45% tax on electricity generators, designed to hit profits made from low-emission generators. of carbon. Together, these measures will secure £14 billion in revenue. The threshold for paying social security contributions by employers will be frozen until April 2028. Hunt said he will reduce the tax rate for companies, but will begin a revaluation of business properties starting in April to ensure that the tax reflects the value of the properties.

The minimum wage will be increased

Government spending will grow, but more slowly than the economy, Hunt said. The current projected increases to departmental budgets will be cash protected until 2024/25, which means a big cut in real terms with inflation this high. Overall spending on public services will continue to grow in real terms over the next five years. The Chancellor of the Exchequer confirmed the increase from next April of pensions and social benefits in line with inflation, in compliance with the Tory election promises. The minimum wage is also increased by 9.7%, bringing it to 10.42 pounds per hour, and interventions aimed at welfare are introduced, such as a ceiling on subsidized rents which cannot rise above 7% in 2023-24.