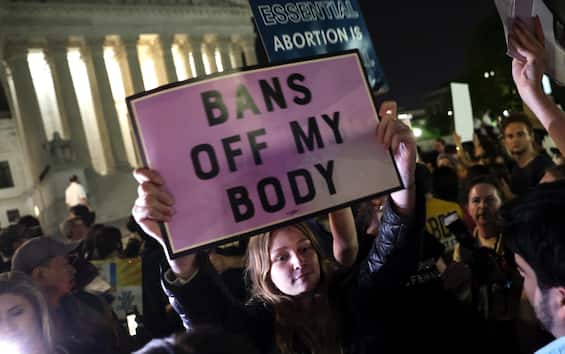 A Louisiana court blocked the state’s abortion ban. The decision came after the complaint filed by the Center for Reproductive Rigths, the association that defended the only abortion clinic in Mississippi in the “Dobbs v. Jackson Women’s Health Organization” case, on which the Supreme Court ruled on Friday, effectively abolishing the federal right to abortion. Ansa reports it. Abortions will resume immediately and a new hearing has been set for July 8. In Louisiana – as in Kentucky and South Dakota – the abortion ban went into effect soon after the highest court ruling. (THE STAGES OF THE RIGHT TO ABORTION IN THE USA)

The judge issued a temporary restraining order against the abortion ban after the Hope Medical Group for Women of Shreveport, one of three termination clinics in Louisiana, filed a lawsuit. Lawyers from the Center for Reproductive Rights explained that they contested the constitutionality of the three laws that would have implemented the ban. The measures, we read in the case, are “unconstitutionally vague and make it impossible to understand whether they have entered into force; which of the three has entered into force; what are the behaviors that are prohibited and what are the exceptions, especially in the case of doctors who practice a abortion to save a woman’s life “.

The reactions after the cancellation of Roe v. Wade

Meanwhile, protests across the United States do not subside, after the Supreme Court canceled the historic Roe v. Wade of 1973 which guaranteed the right to abortion at the federal level. Joe Biden is following the developments as the Democratic Party pushes for an intervention without waiting for the mid-term elections. And while some Republicans – including former Vice President Mike Pence – are celebrating, Donald Trump and many other conservatives fear the boomerang effect and the escape of electricians from the party.