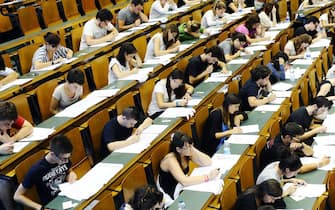 The 2023 edition of the QS World University Rankings photograph the situation in universities all over the world. Italian universities record a sharp decline, placing four universities in the top 300 And none in the top 100. On the other hand, the research to tackle Covid and high international collaboration was rewarded

WATCH THE VIDEO: World universities, primacy at Sapienza for literature and philosophy

In global termsto dominate the world ranking of the best universities is once again the Massachusetts Institute of Technology (Mit)for the eleventh consecutive year at the top of the ranking (in the picture). Cambridge rises to second place, while Stanford stops at the third. The University of Milan falls from second to fourth place Oxford

The 2023 edition ‘awards’ the Politecnico di Milano (in the picture) which is confirmed for the eighth consecutive year best Italian university going from 142nd place last year to 139th today. The other three universities among the top 300 are: the Alma Mater Studiorum of Bologna (167 ^), the Sapienza of Rome (171 ^) and the University of Padua (243 ^)

Best young universities in the world, there are 17 Italians. The ranking

Of the 41 ranked universities6 improve and 21 get worse, while 14 remain stable

The score it is calculated by adding the performance of each university into 6 indicators, including reputation, services and international collaborations. The Politecnico di Milano stands out in particular in the employer preferenceswhich put the Lombard institute at 80 ^ place specific indicator

The Polytechnic of Turin (in the picture)is the second most popular Italian university from 99,000 employers international companies that participated in the QS survey, and ranks 196th in this criterion. There are 6 Italian universities ranked among the Top-500 in the world for the consideration and trust they have obtained from international employers

To reward Italy the most is the indicator “Academic Reputation” which is based on the opinion of 150,000 international academics, professors and researchers. Three Italian universities are in the top-100, with Bologna which leads the Italian ranking in 73rd place. They follow Wisdom (74 ^) and Politecnico di Milano (96 ^)

But Italy is struggling in terms of teaching capacity, due to the average crowded university classes. But theVita-Salute San Raffaele Universitywhich ranks in 436th place overall, records an excellent result in this criterion, ranking in 30th place for the student teacher ratio

One of the innovations introduced in the 2023 ranking, still unscored, is that ofemployment of graduate students which sees only three Italians among the top 500 universities: Sapienza, Alma Mater Studiorum of Bologna and Politecnico of Milan

The research of Quacquarelli Symonds then underlines the importance of Italy in the research production, ranking sixth for the number of citations, demonstrating that the country generates research of great impact. Italy also boasts a high degree of global collaboration: 46% of its research output is produced with cross-border collaborators, more than double the world average

A success that is also reflected in the research work conducted on Covid, of which it is the third largest producer in the world after China and the United States