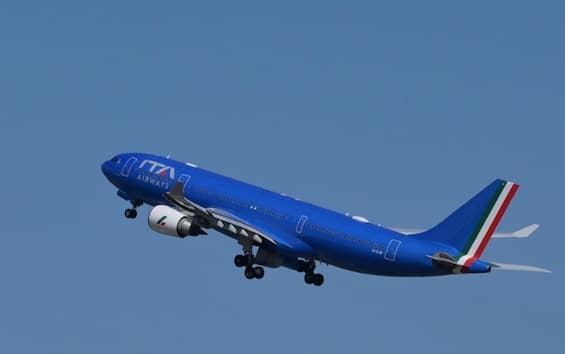 The privatization of the airline born from the ashes of Alitalia breaks into the electoral campaign. The Draghi government would be ready to sign the preliminary agreement for the sale to the MSC-Lufthansa consortium. Giorgia Meloni, however, asked Palazzo Chigi for clarification, triggering the doubt that the sale is the responsibility of the resigning Executive

Finding in a short time, that is, before the elections, a first agreement for the sale of a large share of Ita Airways, could save a lot of public money. If, in fact, the outgoing government manages to pass the helm, yielding 80 percent and keeping the rest, next year it should not shell out the 250 million envisaged by the plan drawn up for the airline born from the ashes of Alitalia.

The stop of Giorgia Meloni

But the dossier in question, a privatization of about one billion, is likely to slow down because there will be a vote at the end of September. Giorgia Meloni asked Prime Minister Mario Draghi for clarification, who as resigned – according to the leader of the Brothers of Italy – would not be entitled to accelerate the negotiations with the cruise giant MSC which, together with Lufthansa, would have an advantage over the other contender: the American fund Certares in alliance with Air France-KLM and Delta Airlines.

The risk, therefore, is that after having signed the preliminary agreement, which could arrive by August, the future government will be able to question everything. In short, the name (and livery) has changed, but the national airline once again bursts into the middle of the electoral campaign. The most sensational case in 2008, when one step away from the sale of Alitalia to Air France, Silvio Berlusconi stopped everything after having conquered Palazzo Chigi and launched the “brave captains” operation, which maintained the Italian character of the company but did not avoid its financial crisis.

In the following years, the carrier, with its 10,000 employees, remained at the center of the political debate, with failed sales and public bailouts that helped bring the total cost of keeping it alive to 13 billion. Last autumn, then, the change of page: part Ita Airways, all in the hands of the State, with the clause, in agreement with Europe, to pass closely (by last June) to private individuals. A goal that may not take off now.