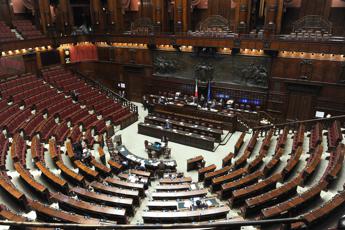 In the delegated tax reform bill ” some fundamental elements are missing for an overall and organic redesign of the tax system ”, also due to ” the heterogeneity of the political direction ”
. There is a risk of ” extending the timeframe for implementing the delegation itself since, from time to time, agreements will have to be found on how to implement the different points ”. L’Parliamentary Budget Office, in the brief sent to the Finance Committee in the House, analyzes the bill highlighting its weak points. In the first place ”no relevant issues are addressed as the main causes of the erosion of the tax and tax bases and how to achieve a rationalization and reduction of tax expenditures ”.

The new personal income tax is linked to the tax reform, according to the Upb, ” could be configured as an advance of implementation of the delegation ”. The maneuver, recalls the Parliamentary Budget Office, ” provides that a part of the 8 billion allocated from 2022 to the reduction of the tax burden will be used in the Irpef area to reduce the tax wedge on labor and the effective marginal rates. This is an objective in line with what is indicated in the article in question with reference to the progressive tax ”.

Returning to the delegation bill, the UPB emphasizes that even if principles and criteria identified ” can be shared ”, sometimes they are ” too indeterminate ”. ” This reflects, on the one hand, the heterogeneity of the political direction and, on the other, the fact that the formulation of the delegation bill was not preceded by the work of a Commission of experts aimed at an overall and homogeneous redesign of the entire tax system ”. ” This risks, on the one hand, to require an immediate parliamentary effort to integrate some of these elements and, on the other, to lengthen the implementation times of the delegation itself, given that from time to time agreements will be reached on the methods of implementation of the various points of the delegation bill ”.

The Parliamentary Budget Office in the memory highlights the ” aspects present in the debate on the criticalities of our tax system, to which the delegated bill should devote more attention and in-depth analysis’‘. The observations of the Upb also aim to “highlight aspects that require better internal coordination between the various lines of action envisaged by the reform”. As for the financial effects deriving from the implementation of the, ” it is not explicitly excluded that the reform can be financed with the use of net debt, with negative consequences on the balance of public finances ”, observes the UPB. ” Given the current state of the latter, the financing of the reform must take place primarily through a reorganization of the levy”.