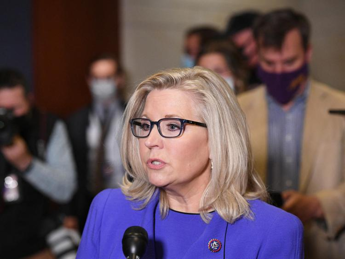 The challenger, very loyal of the former president, who challenges the daughter of the former vice president in Wyoming has a 30-point advantage, but for the chair of the inquiry commission on the assault on Congress a candidacy for the White House could be looming

“No matter how hard we fight, we will win this battle, it is our great task and I hope you will join me in this battle.” This is the latest appeal to the voters addressed by Liz Cheney, the daughter of the former vice president who was one of the rising stars of the Republican party until she led the small frond, 10 deputies, who voted for Donald Trump’s second impeachment.


A position that has already cost her the position of number 3 in the party and today will most likely make her lose the Republican primary, in the Wyoming seat that had belonged to her father. In fact, the polls give Harriet Hagenam an advantage 30 points, Trump’s loyalist, a staunch supporter of the thesis of the electoral plot against the former president, who took the field to steal her seat.

Elected to the third term, and quickly reached the top of the party, Cheney, who is 56, would never have imagined until two years ago that she could lose her seat in what is considered the family’s political fiefdom. But the unthinkable now appears as a reality after her outspoken condemnation of Trump for the assault on Congress led her to chair the House committee of inquiry in which besides her sits just another Republican, Adam Kinzinger, who last October he decided not to re-run for his seat in Illinois at all.

The Republican, however, is showing indomitable in the face of the announced defeat, above all because having become the face of the small but somewhat influential anti-Trump conservative movement has won her new alliances, with many not excluding the possibility of his candidacy to break the presidential primary of 2024. “I will make the decision on 2024 along the way”, he answered in recent weeks to a direct question from CNN.

The daughter of George W. Bush’s vice president – whom many in those eight years in office considered the true helmsman of the Republican administration – however does not hide that she considers it her mission to block a new Trump candidacy for the White House. “This is the danger it poses to the country and it can no longer be even close to power,” she said during a rally in June talking about Trump.

Some of the Republican backers who oppose Trump – most notably LinkedIn creator Reid Hoffman – are already actually considering supporting a Cheney candidacy.

And the Republican, after what is announced today as the announced defeat, after the conclusion of the work of the commission of inquiry – which could recommend the prosecution of Trump to the Justice Department – will focus on her next steps, with the possibility of create a more formal organization, perhaps a think tank, in an anti Trump and anti Maga key, the extremist movement Make american great againg which is taking control of the republican party.

While Cheney and the other mainstream conservatives know that it will be important to have a voice that forcefully denounces their politics, knowing that it will be difficult in the next primaries to stop Trump, or another candidate who is inspired by his principles. “We need this, someone who is also willing to take the boos, but who is able to stand on stage and tell the truth,” Kinzinger said in a recent interview.