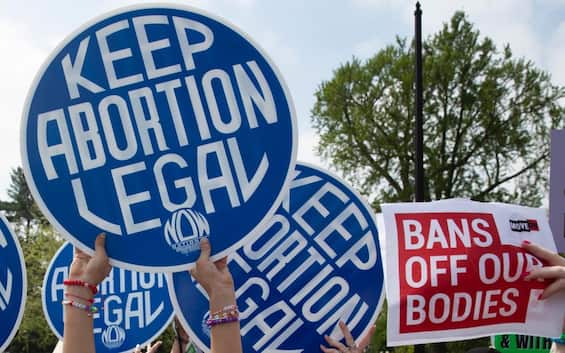 In Arizona and Ohio, two courts have blocked the abortion ban, at least for the time being. Interruptions of pregnancy can thus be carried out again. In the US, the squeeze on abortions follows the Supreme Court’s decision to overturn Roe v. Wade, the historic 1973 sentence by which abortions were legalized in the country. After this decision, several states introduced more restrictive laws.

In Arizona, abortions can be performed again

In Arizona, for example, three weeks ago a minor court reintroduced a controversial anti-abortion law born 150 years ago, when the state had not even been constituted yet. The law of 1864 prohibits all types of abortions, including cases of rape and incest, imposing a maximum of 15 weeks for a termination of pregnancy. Now, with the decision of the state appeals court, abortions can be performed again in Arizona. The court has in fact sided with Planned Parenthood, effectively blocked the law that almost completely banned abortion and again authorized doctors and clinical centers to resume normal activities. It is not clear if and what other appeals the state will present to reintroduce the almost total ban on abortion.

A court in Ohio also blocked a law banning abortion after the first six weeks of pregnancy. The stop is indefinite, at least until the various legal disputes around the law are resolved. With this decision, abortions remain legal until the 22nd week. Judge Christian Jenkins, a Democrat, said that “banning a person with cancer from taking life-saving drugs,” but which could lead to a termination of pregnancy, “is a violation of the right to treatment established” by the Ohio Constitution. The state has already announced the appeal. “We celebrate victory in a battle, but our work is far from complete,” said Iri Harvey, Ohio’s number one Planned Parenthood.