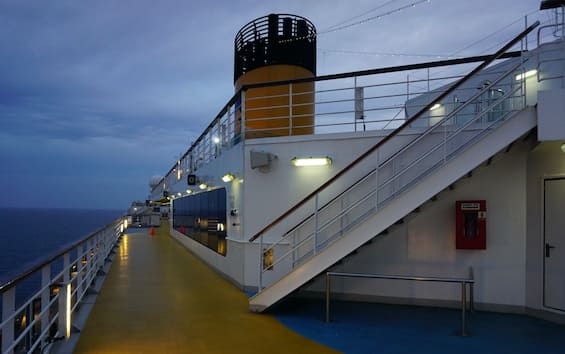 He jumped off a cruise ship into the sea. A 28-year-old man was rescued after spending more than 15 hours on the high seas. A miracle, according to the US Coast Guard who rescued the missing passenger Wednesday evening from a ship in the Gulf of Mexico. The BBC he says that the young man was at the bar on the Carnival Valor boat with his sister, when at one point in the evening he left to go to the bathroom and never came back. After a while, searches on board began in vain. The dynamics of the accident need to be clarified.

Spotted 30km off the coast

After the man overboard alert, rescue teams searched the area for several hours. The 28-year-old was finally spotted Thursday evening about 20 miles (30km) off the Louisiana coast. His condition is stable. US Coast Guard Lieutenant Seth Gross said the man may have been in the water for more than 15 hours. “Longest stay I can remember. It’s just one of those Thanksgiving miracles,” Gross said. It’s unclear how the man came to dive from the ship that was en route to Cozumel in Mexico.