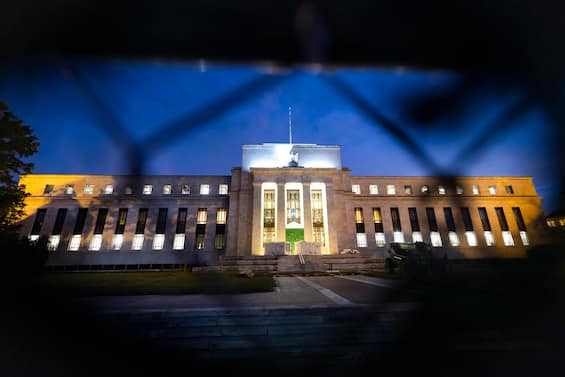 The Federal Reserve, as expected, yesterday raised the target rate on the Fed Funds by half a point, bringing it to a range between 4.25 and 4.5%

The Fed yesterday raised rates by half a percentage point, ending 2023 with the first brake on a maxi-tightening that saw four consecutive increases from 75 basis points. A move that acknowledges the slowdown in inflation (7.1% in November) and the slowdown of the economy, but is not a prelude to a stop: the rate of increases “will remain appropriate”. The Federal Reserve raised the rate on the Fed Funds, as expected by operators, by 50 basis points, going from the 3.75%-4% ‘range’ to 4.25%-4.5% and announced that – perhaps with a winter break – will raise rates again.

The Fed intends to “maintain the tight monetary policy stance for some time,” Governor Jay Powell said, chilling the expectations of those expecting a cut in 2023. US central bank governors have indicated a rate on the Fed Funds at 5.25% in 2024, even beyond economists’ expectations, and Powell has announced that we cannot let our guard down on inflation, where upside risks remain.

US growth estimated at 0.5%

In fact, expectations are for a soft landing of the US economy, with an estimated growth of 0.5% which rules out a hard recession. Thanks to the less dramatic than expected impact of the war in Ukraine and easing inflationary pressures both on commodities and in trade bottlenecks (such as lockdowns in China). The ECB also decided to raise interest rates by half a percentage point, bringing the rate on deposits to 2%, that on main refinancings to 2.5% and that on marginal loans to 2.75%. A move that follows that of the Fed.