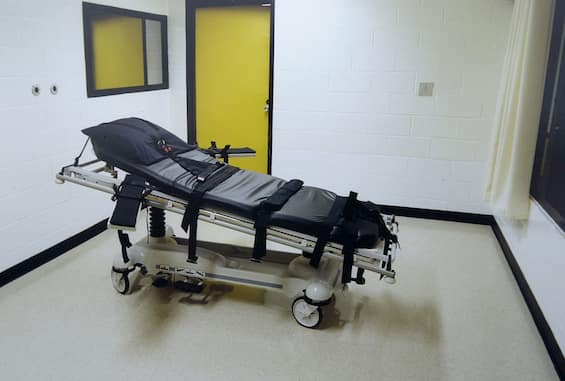 Oklahoma will soon begin executing death row inmates at a rate of about one per month with a view to killing a total of 25 prisoners over the next two years. This was reported by CNN, explaining that the decision has aroused strong controversy among opponents of the death penalty. Among the most criticized aspects, the outstanding questions on the mental fitness and the possible innocence of some of the convicts.

The first sentenced to be executed will be James Coddington, for whom August 25 has been set. A month later it will be the turn of Richard Glossip, who has however affirmed his innocence and obtained a suspension of the execution of 60 days so that a Court of Appeals can complete the revision of his application for a new hearing. Another 23 men are expected to be executed on a regular basis until 2024.

“It’s just yet another reckless move from Oklahoma,” said Deborah Denno, a law professor at Fordham University. The opposition of politicians and activists is triggered by several points, starting with the outstanding questions on the mental fitness and possible innocence of some of the convicts. Not surprisingly, several experts have called the measure an anomaly in contrast to the continuing decline of the death penalty in America in recent years. In fact, in 2021 Attorney General Merrick Garland announced the suspension of federal executions while the Department of Justice will review the policies and procedures on the death penalty, to ensure fair and humane treatment to anyone.