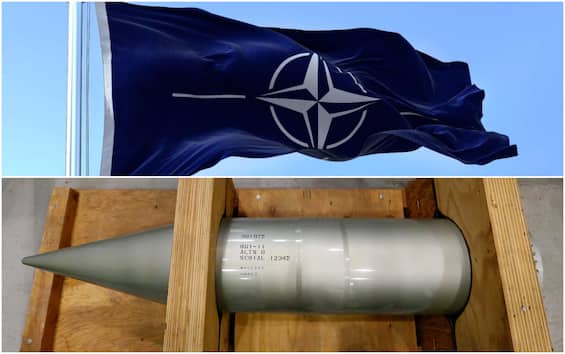 In a period marked by Russia’s threats about the possible use of nuclear power in Ukraine, the United States accelerates plans to upgrade the deployment of new nuclear bombs at NATO bases in Europe. He brings it back Politic citing some sources, according to which the arrival in the Old Continent of the B61-12 gravity bombs, originally scheduled for next spring, is now expected in December. And US President Joe Biden, meeting with the leaders of American Defense, reiterates: – “We will continue to support Ukraine, together with our allies and partners in the world, while defending itself from Russia’s brutal aggression. We must keep NATO strong and united. “.

CNN: “The head of the CIA went to Zelensky earlier this month”

Meanwhile, the news emerges, reported by Cnn, that US Central Intelligence Agency (CIA) director Bill Burns traveled to Ukraine in early October to meet with President Volodymyr Zelensky and other officials. “There he reaffirmed the commitment of the United States to provide support to Ukraine in its fight against Russian aggression, including the continued sharing of information,” explains a US official without providing further details. Burns and other US officials have publicly stated that they see no evidence that Moscow is actively preparing to use nuclear weapons, but sources close to intelligence warn that this risk is perhaps at its highest level since Russia invaded Ukraine. last February.