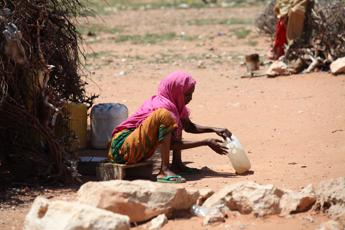 A nuclear war between the United States and Russia risks starving five billion people. This is what reveals a study conducted by Rutgers University and published by the journal Nature Food, according to which two thirds of the world population could die of hunger following a nuclear conflict between the two great powers. The consequence of such a war, in fact, would be the ” catastrophic ” interruption of food supplies. Devastating consequences on food supplies could also result from a small-scale nuclear war, such as that between Pakistan and India, which would reduce global food production by 7 percent in five years and kill up to two and a half billion people. In short, according to the study, the consequences on food safety would be more lethal than those of a nuclear explosion.


“The data tells us one thing: we must avoid nuclear war,” said climate scientist Alan Robock, co-author of the study. The researchers looked at how the wind could spread ash and fire caused by nuclear attacks and could create clouds over the skies of major food exporters like the United States and China. Lack of sunlight could damage crops and cause 90 percent loss of livestock, fisheries and crops within four years of conflict between major nuclear powers.

Fears of an atomic bomb war resurfaced following Russia’s invasion of Ukraine and China’s military exercises near Taiwan. Thirty years after the end of the Cold War, Russian President Vladimir Putin announced that his nuclear forces are ” ready to fight ”. China has conducted numerous military exercises around Taiwan following a visit by House of Representatives Nancy Pelosi to Taipei.

Nuclear war, therefore, could increase the already existing threats to food security caused by climate change, the war in Ukraine and the pandemic caused by the coronavirus. Today 345 million people in the world suffer from food insecurity, according to the World Food Program. In response, countries such as India and Malaysia have restricted the export of wheat and chicken. Fears of a world conflict, beyond weapons used, and food insecurity could lead countries to further restrict exports or accumulate food supplies.

“The psychological impact may be greater than the actual damage,” said William Chen, a professor of food science at Nanyang Technological University in Singapore and director of a food safety program. To prepare for greater global instability, countries need to move away from traditional agriculture and diversify their food sources, according to Chen. Mushroom cultivation, indoor farming and the production of insect protein or food from microalgae could provide alternatives.