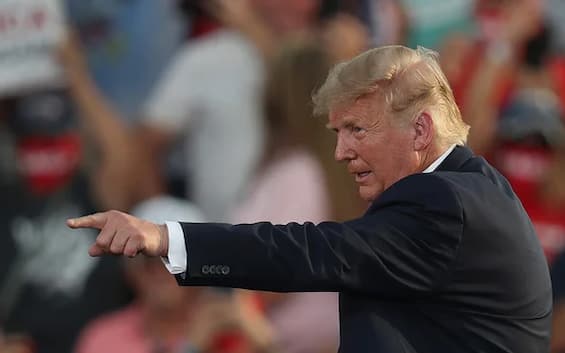 Donald Trump, asked a judge to stop the Justice Department’s investigation of files seized from his home during an FBI search. “The endorsements in the 2022 mid-term elections were decisive for the Republican candidates.” This was stated by the former US president’s lawyers in the legal action launched against the American government to request the appointment of a third judge not dependent on the Department of Justice, to ensure that the integrity of the documents seized in Mar-a-Lago is protected.

The reply from the Justice Department

According to the FBI, eleven sets of confidential files were taken from Trump’s estate on August 8. The former president is under investigation for potentially bad handling of confidential documents. The FBI raid was “illegal and unconstitutional. We are taking the necessary steps to have the documents back, which would have been delivered even without the despicable raid. I will never stop fighting for the Americans,” said the tycoon. The “search warrant in Mar-a-Lago was authorized by a federal court based on a request for a probable cause,” said Department of Justice spokesman Anthony Coley.

The request of an independent third-party judge

“The government has long been treating President Donald Trump unfairly,” the tycoon’s lawyers say in the motion filed before Trump-nominated Southern District Judge Aileen Cannon. If Cannon agrees, the review process will documents seized by the FBI in Mar-a-Lago will lengthen and slow down the government’s investigation into whether he may have obstructed a federal investigation. In other high-profile Trump-related cases special masters have been appointed, for example for former attorney Michael Cohen. Trump’s request for a special master is not unusual. What is not common, reports CNN, is that the former president’s attorneys filed it two weeks after the FBI raid. This may signal a behind-the-scenes disagreement between lawyers on how to proceed.