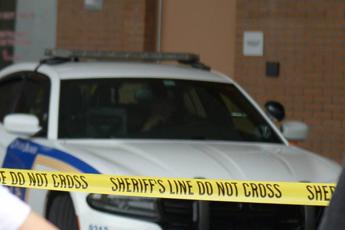 The little girl risks being indicted for second degree murder

A 10-year-old girl was arrested by Orlando police for shooting and killing a woman who was arguing with her mother. The arrest took place yesterday a week after the shooting, which took place during a barbecue for Memorial Day, for which the mother of the child, Lakrisha Isaac, was already arrested in recent days, accused of negligent manslaughter, since the woman had given the girl her bag containing the gun.


But now even the little girl risks being indicted for second degree murder, reports the CickOrlando.com, even if the prosecutors have not yet made the final decision. According to the reconstruction provided by the police, the quarrel between Isaac and the victim, Lashun Rodgers, 41, broke out over a controversy over a post on social media, with the two women starting to fight each other.

At this point Isaac handed the bag with the gun to his daughter who, as the quarrel continued, hit Rodgers with two shots to the head. According to one of her witnesses, her mother said, “you’re done, shoot this woman”, while the little girl screamed, “you shouldn’t have argued with my mom”.

“This shooting is an unimaginable tragedy that defies any easy solution,” said Attorney Monique H. Worrell, noting that her office is proceeding “with the utmost caution, with the main focus on supporting Ms. Rodgers’ family, protecting the public. and improve the health of this child in the future. ”