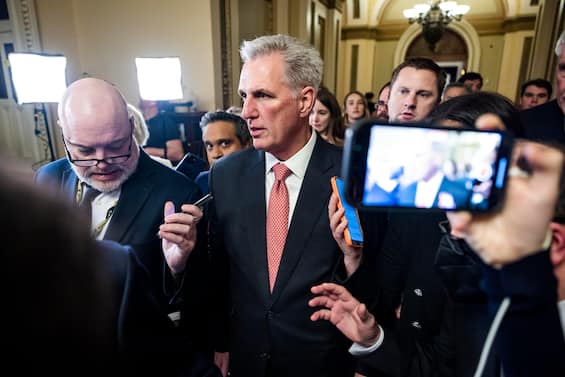 Subscribe to our newsletter to stay updated on news from around the world.

Eleventh black smoke for the election of the Speaker of the House in the United States. Republican Kevin McCarthy continues to rack up a losing streak: in the last one

vote got 200 votes against the 218 needed. This time, however, only 7 rebels voted for another candidate, while one of them supported Donald Trump, a name proposed by his loyalist Matt Gaetz. The session was then adjourned to today at 6 pm (Italian time). And the vote became the longest in 164 years.

The irony of Trump

The motion to adjourn the session was proposed and approved by the Grand Old Party with 219 votes out of 221 (two did not vote). On the other hand, all 212 dem are against. Meanwhile, in the midst of the chaos of the Republicans who, despite their majority, are unable to elect the speaker to the House, Trump has decided to post a photomontage on the social network that portrays him mocking Joe Biden. In the image, which recalls the speech on the state of the Union, we see the tycoon making faces behind the president from the seat reserved for the speaker. Next to him is Vice President Kamala Harris, who also presides over the Senate.