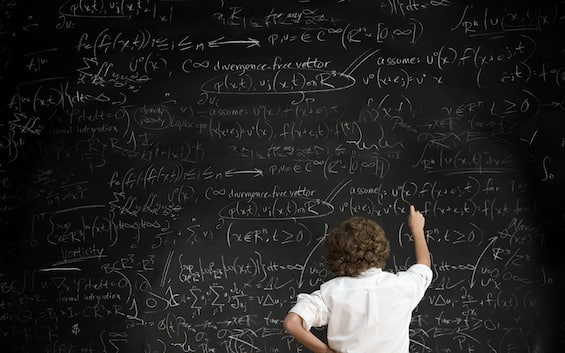 Isla McNabb is only two years old and has already joined a club reserved for the super smart. The girl, who lives with her family in Kentucky, is part of Mensa, an international association of which only those who can reach or exceed the 98th percentile of the IQ can be a member. Isla can already read: “She showed an affinity for the alphabet,” explained her father Jason. “She started spelling out the different letters, then she moved on to the words.” She was the kindergarten psychiatrist who advised parents to have her do an IQ test: her little girl was at the 99th percentile for her age group and was therefore invited to join Mensa, also becoming one she is the youngest member.

The word ‘mom’ scribbled in crayon

The international Mensa association boasts nearly 140,000 super smart members around the world, and now little Isla is a part of it too. Her parents, as reported by the local broadcaster Spectrum News 1, said that the child can do things unimaginable for her age. They also discovered the word ‘mom’ scribbled on a cardboard box: “I noticed that the box said ‘Mom’, so I asked my husband if it was him or if he worked with her. He said to no, he didn’t, “recalled Amanda McNabb. “So I watched the security camera footage and I’m sure I saw her writing ‘mom’ in crayon.” Her parents think Isla will likely miss the kindergarten years, but for now they want to let her learn with her times.