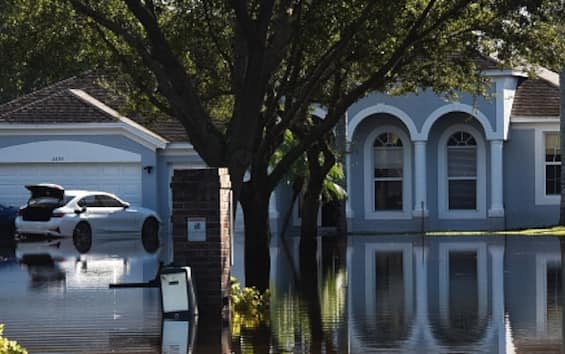 The victims of Hurricane Ian rise to eighty. Seventy-six have died so far in Florida including forty-six in Lee County alone. Four died in North Carolina. “The budget is set to increase,” Lee County Sheriff Carmine Marceno said. Rescue operations continue. The state of Florida is under indictment for delaying the rescue car and for warning residents too late about the risks they were running.

The Bidens in Puerto Rico and Florida

Today visit by US President Joe Biden and First Lady Jill Biden to areas hit by bad weather. The Bidens travel first to Puerto Rico and then to Florida to meet families who have been affected by Hurricane Fiona and Ian. “Let’s see what you are going through and we are with you” writes the president of the United States, Joe Biden in a tweet addressed to Florida.

Ian is one of the most powerful storms that hit the United States. Entire neighborhoods razed, power lines and bridges out of use on Florida’s Southwest coast. After crossing Florida, Ian headed for the Atlantic, reached South Carolina as a Category 1 storm.

Pope: “close to the populations hit by a violent hurricane”

“I am close to the people of Cuba and Florida, hit by a violent hurricane. May the Lord welcome the victims, give comfort and hope to those who suffer and support the commitment of solidarity”. The Pope said this after the recitation of the Angelus