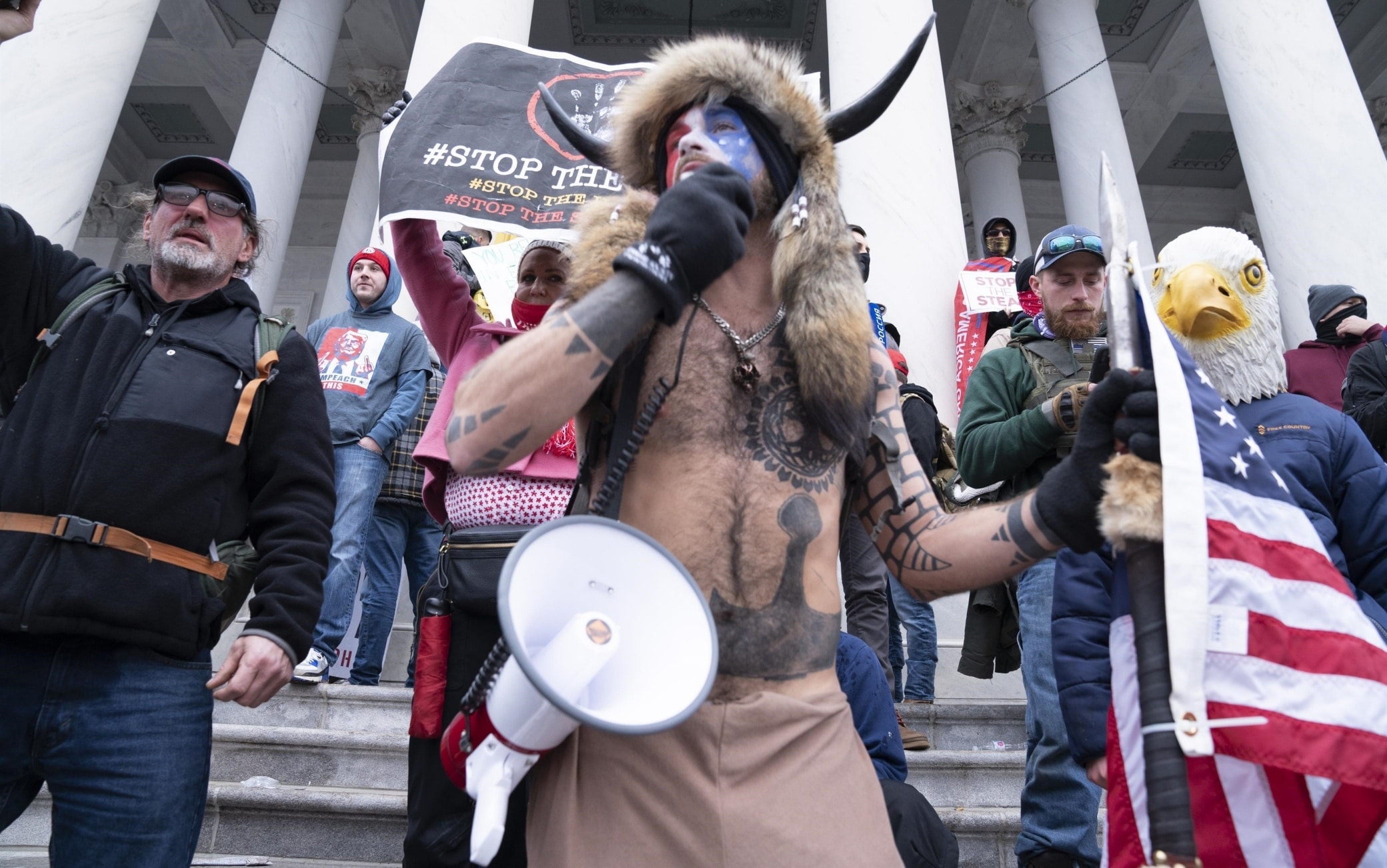 Jacob Chansley, the “shaman of Qanon” (WHO IS) known by the pseudonym Jake Angeli and arrested for participating in the attack on Capitol Hill on January 6, was sentenced to 41 months in prison. His images in Congress dressed in fur, a headdress with horns, a face painted in stars and stripes, and an American flag in his hand, had gone around the world.

He had pleaded guilty

The Justice Department had demanded that Chansley receive a harsh sentence, as an example for the January 6 rioters. According to Cnn, it is likely that in the future other judges will look to this ruling as a possible point of reference, since the “shaman” is one of the first defendants among more than 660 cases related to the assault on the Capitol to receive a conviction.

The “shaman”, reports the Cnn, in the courtroom he spoke for more than 30 minutes about the impact that the prison has had on him and the sense of guilt he feels for breaking the law. He said he made a mistake in entering the Capitol on January 6 and that he is not an insurrectionist or a domestic terrorist. “The hardest part of this is knowing that I’m to blame. Having to look in the mirror and know you really messed it up,” Chansley said. “I was in solitary confinement because of me. Because of my decision. I broke the law … I should have done what Gandhi would have done and take responsibility. There are no ‘ifs’ and ‘buts’, that’s what honorable men do. “

From the assault to Congress to the hunger strike

Chansley, who became the symbol of the attack on the Congress building that cost the lives of five people, had been arrested on several federal charges and faced a sentence of up to twenty years. At the trial in September, he pleaded guilty to a single charge, an obstacle to official proceedings, for taking part in the Congressional assault by supporters of then President Donald Trump. In the frenzied hours of January 6, when he was immortalized shirtless and in a fur hat and shaman’s horns, he left a message on Vice President Mike Pence’s desk, warning: “It’s only a matter of time, justice is coming. “. Armed with a spear with the US flag hanging, the “shaman” had been seen several times speaking with security officials and – according to testimonies – it was he who persuaded the rioters to leave Congress, once the eviction had begun, to avoid excessive bloodshed. Originally from Arizona and belonging to the conspiracy movement, Chansley had made headlines even after the assault on Capitol Hill: in February he had started a hunger strike because the prison where he was held did not have a vegan menu.