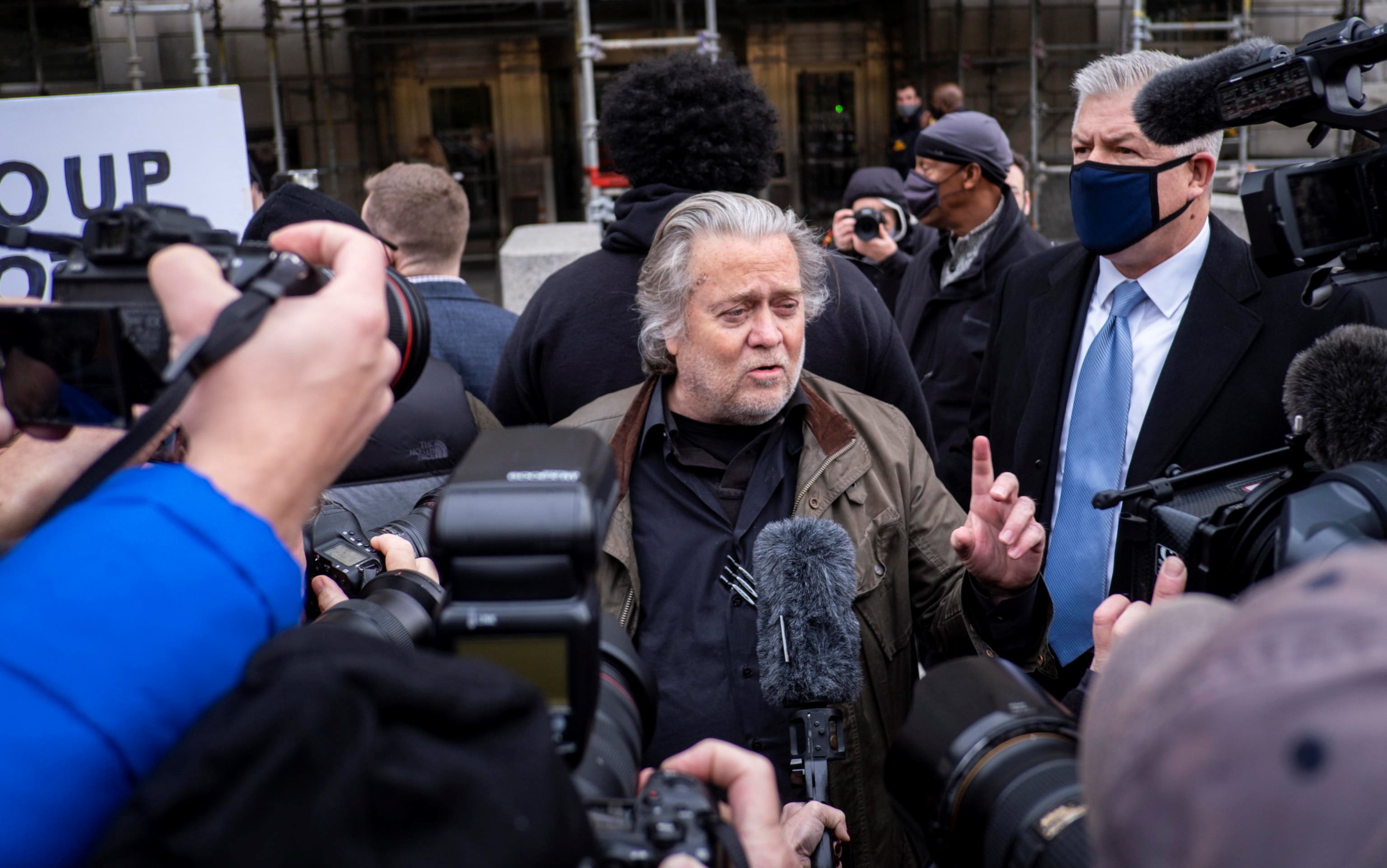 Steve Bannon showed up at the FBI offices in Washington. Donald Trump’s former strategist, in recent days, was indicted in a grand jury for contempt of Congress. His appearance in court is expected today. Two counts of indictment: one for failing to testify and therefore denying his collaboration with the House committee that is investigating the attack on Capitol Hill on January 6; the other for not having delivered the requested documents.

Steve Bannon surrenders himself to the FBI

“We will always fight the Joe Biden regime,” Bannon said, looking straight into the cameras as he turned himself in to the FBI. “I want you guys to stay focused on the message … this is all noise,” he added. Among the cameras, even those related to the conservative right. On social media, his message immediately rebounded among the former president’s fans.

Indicted for contempt of Congress

Steve Bannon was indicted on November 12 in a federal grand jury for contempt of Congress after his failure to respond to the subpoena and submission of documents of the commission of inquiry into the attack on Congress on January 6. As expected, he handed himself over to the authorities today. If convicted, he faces up to two years in prison and a fine of between $ 100 and $ 1,000. The two counts, in fact, each foresee between 30 days and one year in prison.

The assault on Congress

On January 6, pro-Trump protesters raided the Capitol, where Congress met to ratify Joe Biden’s victory in the elections. The day before the assault, in his podcast Bannon had given precise indications on the will of sensational actions. In refusing to testify, he appealed to the executive privilege, invoked by Trump as a former president to refuse to hand over his administration documents to the commission. Bannon’s career as a strategist in the White House didn’t last long: architect of the 2016 election victory, largely thanks to the activism of the far-right site Breibart he ran, he was fired in August 2017. Last year he was arrested and indicted by the feds for defrauding supporters of a campaign to raise private funds for the construction of the Wall on the Mexican border.