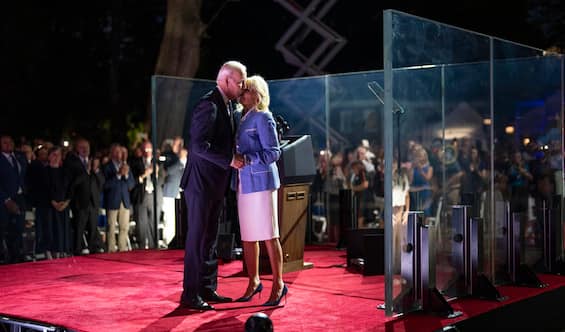 From the historic Philadelphia building, where the Declaration of Independence and the US Constitution were signed, Joe Biden launches a tough attack on Donald Trump in a televised premiere leading up to the Mid-term elections. After calling the movement headed by Trump a week ago “semi-fascism”, Biden used more sober tones but without departing from the central message: he represents the “barrier” between Democracy and “anti-democratic forces” and Trump changed the spirit of the Republicans.

“There is no room for violence and there never will be”

In gritty tones, the same used for the first time in Maryland, on August 25, Biden attacked the Republicans saying that in the United States “there is no room for violence and there never will be”. “We will reject violence – he insisted – the country exists only if we, as a people, respect others, only if, as a people, we respect the Constitution, the institutions, the political differences. Biden apologized for calling the Trumpians “fascists”, but raised the accusations, speaking of “equality and democracy under attack”, again accusing the Republicans of representing a “threat to the foundations of the republic.”

“Trump does not recognize the will of the people”

Biden accused his opponents of following Donald Trump with “blind obedience”, of “failing to recognize the will of the people” and, ultimately, of posing a “threat to democracy”. On this point the President returned several times in his speech at Independence Hall in Philadelphia. To underline his words with applause about three hundred guests, who followed the speech of the tenant of the White House, protected by a bulletproof transparent glass.