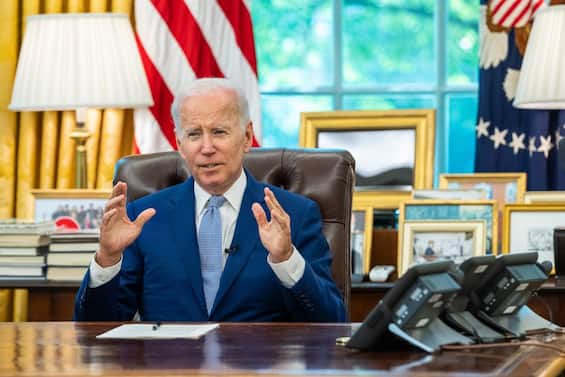 A $ 750 billion investment bill for health care and climate: the signing came from the president of the United States, Joe Biden. In effect, it has thus established a minimum tax rate for large companies of 15%. The measure represents an important result for his administration and for the Democratic Party less than three months before the midterm elections. During the signing ceremony in the State Dining Room, Biden said the law, the Inflation Reduction Act, is “one of the most significant in our history.”

The text provides a series of financial incentives to make the American economy evolve in the direction of renewable energy, limits the prices of some drugs and establishes a minimum tax rate for large companies. “A country can transform itself, and that’s what happens today,” Biden said. “It is about our future, about bringing progress and prosperity to American families, about showing America and the American people that democracy still works in the United States,” the head of the White House stressed. The package provides the largest investment ever made in the US for the climate: 370 billion dollars to reduce greenhouse gas emissions by 40% by 2030.

Another important part of this large investment plan aims to correct inequalities in access to medical care in the US, in particular by lowering the price of medicines. To finance these investments, the reform provides for the adoption of a minimum rate of 15% for all companies whose profits exceed one billion dollars: this measure is expected to generate revenues of over 258 billion dollars for the federal state. in the next 10 years.