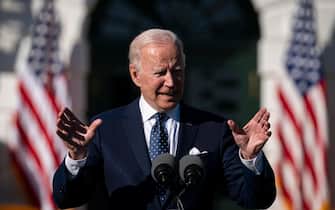 Joe Biden intends to run for a second term in 2024, according to White House spokesperson Jen Psaki. For days there have been rumors about the possibility that Biden will not reappear in the 2024 elections, partly for reasons of age. In fact, the president turned 79 a few days ago, and in 2024 it will have 82

Biden already holds the record for senior US president, counting the day of the inauguration. In her case, this happened when she was 78 years and 61 days old. Here’s who the oldest (and youngest) White House tenants were

Biden’s first birthday as President, between successes and questions

In second place in this ranking there is Donald Trump, who on the day of his inauguration was 70 years and 220 days

The Trump at the stadium make a “racist” gesture, controversy for the Tomahawk chop

In third place there is Ronald Reagan. When he was sworn in as president he was 69 years and 348 days

Reagan in 1981 undermined a record that had lasted 140 years, that is, from 1841, when he became president William Henry Harrison (who was 68 years and 23 days old at the time)

Scrolling through the ranking, in fifth place there is James Buchanan, then George HW Bush (pictured) in sixth place (64 years and 222 days)

Barack Obama he was one of the youngest US presidents to have sworn: he was 47 years and 169 days old

John Fitzgerald Kennedy he was the youngest elected president ever: he was sworn in when he was 43 years and 236 days old

However, his record is partial: in fact in 1901, Theodore Roosevelt became president after the assassination of William McKinley. He was not elected but took office at 42 years and 322 days, so counting the moment he took office he is the youngest White House tenant ever.