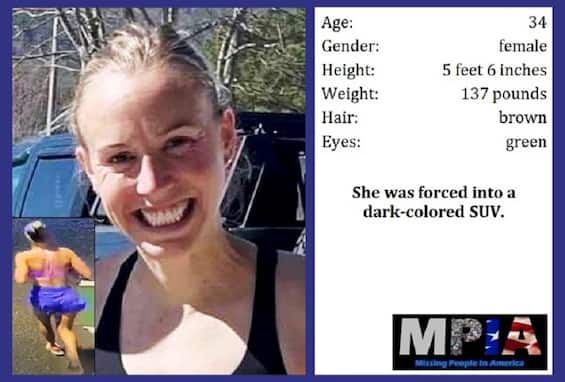 Yesterday, the authorities of the city of Tennessee said that they had found a body in the area where Eliza Fletcher, a teacher and heiress of a very wealthy local family, and mother of two children, had been kidnapped. Now the confirmation comes from the police: her body belongs to her. Fox News reports. The woman had gone out for a run at dawn last Friday, as she used to do before starting her day at St. Mary’s Episcopal School, where she was a teacher. At one point a man who was following her after her approached her and forced her, with her strength, to get into a dark SUV. Her water bottle and her damaged cell phone remained on the floor.

A 38-year-old offender is arrested

The body was found about a dozen kilometers away, after three days of searches and appeals by the family, who had offered $ 50,000 to anyone who provided useful information for the investigation. Police found evidence that “he suffered serious injuries”. Cleotha Abston, 38, who was released from prison in November 2020 after more than 20 years in prison for the kidnapping of a local lawyer, was arrested yesterday for the kidnapping. The body was found in the southern part of the city.

The kidnapping could have a sexual motive

Abston was released from prison in November 2020 after more than 20 years in prison for a similar incident. The police reached him thanks to images from surveillance cameras and a DNA test on a pair of the man’s sandals found at the scene of the kidnapping. From the images you can see that the SUV remained in a parking lot for about four minutes, before driving away. A witness and his brother also reported that Abston was behaving strangely as he cleaned the interior of the car and washed his clothes in the sink. Liza Fletcher was the granddaughter of Joseph ‘Joe’ Orgill III, an entrepreneur who led Orgill inc, one of the largest hardware distributors in the world, to success. But the kidnapping seems to have more of a sexual motive than of extortion.