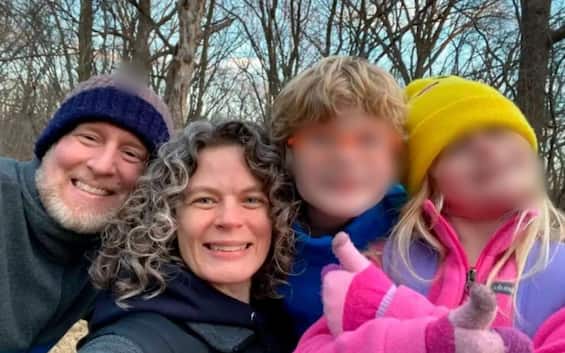 Only the 9-year-old boy was saved. His father, mother and 6-year-old sister were shot dead by a 23-year-old on vacation with his parents at the same campsite as the family he exterminated and later found a body in a forest. Tyler, Sara, Arlo and Lula Schmidt were on vacation in Maquoketa Caves State Park Campground, approximately 180 miles (290 kilometers) east of Des Moines, Iowa. The tragedy took place last month but the results of the autopsies on the bodies have only now been disclosed.

The police department confirmed that the killer is Anthony Sherwin, 23, of LaVista (Nebraska), who died of a self-inflicted gunshot wound. According to investigators, the young man acted alone. Mitch Mortvedt, Deputy Director of the Criminal Investigation Division of the Department of Public Security, said the reasons for the gesture are not yet known: “We do not know what led to this, what caused it,” he said, adding that so far “the investigation revealed no early interaction between him and the Schmidt family. “