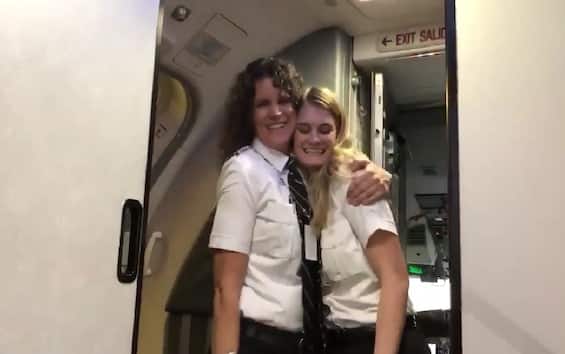 “Congratulations, Keely, for completing a historic flight with your mother.” This concludes the post, which appeared on Facebook, through which the airline Southwest Airlines told the story of the first officer Keely Petitt and his mother, Captain Holly Petitt, who shared the cabin and the joystick of the same a few days ago. plane, the Denver-Saint Louis.

The love for flying, in fact, united mother and daughter to the point that last July 23 the two had the opportunity to experience what the American company itself defined as an event of “historical” significance, considering that, for being the protagonist, was the first ever mother-daughter pilot pair among all employees of Southwest Airlines, one of the largest low-cost airlines in the world.

“Keely grew up traveling with her mother, sharing a passion for flying and aspiring to be part of the Southwest Family,” the company said. “It was a dream come true. First I found this job and fell in love with it, then one of my sons fell in love with this career. It’s surreal, ”she commented, enthusiastic about the event, mother Holly. The woman had chosen to undertake this job once she finished college, taking her first steps as a flight attendant, but then she decided to take a further step, becoming an airplane pilot in all respects. Holly embarked on her own career path, including flying lessons, and in the meantime she had three children, including Keely, her new coworker in the cabin.