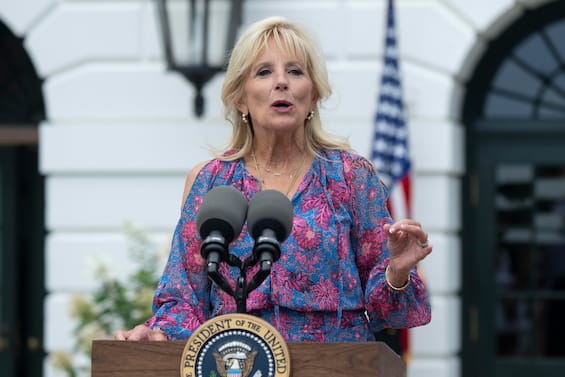 Jill Biden underwent surgery to remove some cancerous lesions, one above her right eye and one on the left side of her chest, discovered in the pre-op phase, while a third above her left eye is under examination. Accompanying her to the hospital, Walter Reed National Military Medical Center in Bethesda, Maryland, was her husband and President Joe Biden who “wanted to be there to support her,” White House press secretary Karine Jean-Pierre said.

Already returned to the White House

The 71-year-old first lady, who spent about 8 hours in the hospital, has “a swelling and a bruise on her face but is in good spirits and feeling well” and has returned to the White House. This was confirmed by her medical diagnosis made known by her spokeswoman Vanessa Valdivia.

The presidential doctor Kevin O’Connor, quoted by the American press, reported that both cases are basal cell carcinoma. “All of the cancerous tissue was successfully removed and the margins were free of any remaining skin cancer cells. We will monitor the area closely as it heals, but we don’t anticipate that any further procedures will be required,” he said. Additionally, a small lesion was discovered on Jill Biden’s left eyelid and was completely excised and sent for further examination.