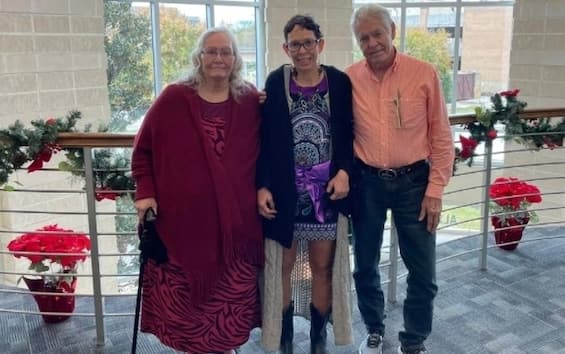 A Texas woman who was kidnapped as a child 51 years ago has been reunited with her family after they used a homemade DNA test kit to track her down. Melissa Highsmith was 22 months old when she was abducted in August 1971 by the babysitter of her family’s Fort Worth apartment. Melissa’s mother, Alta Apantenco, was also initially accused by the police of killing her daughter and covering up the crime. The family spent more than five decades searching for Melissa, before a DNA match on a sample the company analyzed 23andMe provided a breakthrough in the case.

The woman was not even two years old when her mother, single and with little means, decided to put an advertisement in the newspaper looking for a babysitter who could take care of her daughter when she was at work. A woman answered her ad and a few days later she showed up to get Melissa of hers without her mother having ever met her before. Not even that day, which will forever mark the life of the little girl and her family, her High could not be present so she decided to entrust her little girl to her roommate who handed her over to the babysitter. Since then, traces of the two have been lost. The family has never stopped looking for Melissa and every year, on her birthday, she throws her a small party complete with cake and balloons.

The turning point last September, when the family received an anonymous message that their lost daughter was in Charleston, South Carolina, almost 2,000 kilometers from the place where she was kidnapped. There she was raised under the name Melanie Walden and was reunited with her mother, father Jeffrie and two of her four siblings after a DNA test confirmed that it was her. Incredible is Alta’s joy in her that in recent years, in addition to her terrible sense of guilt, she has had to suffer insinuations and accusations of having killed her daughter. Melissa said she was “overwhelmed” by what happened but that “it is the most beautiful emotion in the world”. She also revealed that she had a difficult childhood and ran away from home at the age of 15. “I didn’t feel loved as a child,” she said. “My childhood was full of abuse, I ran away, I lived on the street. I did what I had to do to survive,” said Melissa, who now dreams of remarrying her husband so that her father can walk her down the aisle. . The extraordinary story leaves many questions.

The outburst on social media

The offense is now statute barred but the Fort Worth police have assured that they will continue to investigate. “Our finding of Melissa was due to a three week DNA search, certainly not a police or FBI investigation and there has also been a lot of speculation about our history,” wrote one of the sisters in a post on Facebook and on the page dedicated to Melissa’s disappearance it is written in large letters: “DNA wins this research!”.