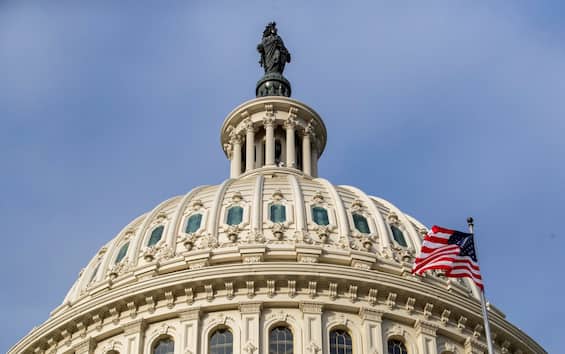 On November 8 in the United States it will be time for “midterm elections”, the midterm elections. It is one of the most important political appointments to understand the holding of the incumbent president’s party, in this case of Joe Biden’s Democrats. The midterms are held two years after the presidential elections: they are a way to check citizens’ satisfaction with the work of the team leading the White House. The vote goes to renew the composition of the House of Representatives and, for a third, also of the Senate. It is common in US history to see the incumbent president’s party lose a few seats during midterms. This is what the Republicans are hoping for this year as well. According to a survey of the New York Times and Siena College, 49% of American voters will choose a Republican representative in one of the two Houses, compared to 45% of those who have signaled their intention to vote for a Democrat. But the game actually seems to be still open.

The House of Representatives

There are 435 seats for which there is a vote in the House of Representatives. Here, according to various analyzes, the Republicans will win. However, it is important to underline that, in recent weeks, Biden’s party has recovered slightly: in September the chances of winning for the Democrats were estimated at around 25%, at the beginning of October at around 35%. However, it is a question of a few seats: theEconomist predicts a victory for the GOP (the republican party) with 221 seats, against 214 for the dem. If the situation changes in some key constituencies – such as the third district of Iowa and the eighth district of Colorado – the tide of the elections could be reversed. Also Politic And FiveThirtyEight they predict a Republican victory in the House.

The situation is different in the Senate, where the political color of 34 seats is decided in the mid-term elections. Always taking as a reference the analysis ofEconomist, in the upper house the Democrats could win, being able to count at the end of the midterms – between seats already assigned and to be assigned – on a total of 51 senators. According to other analyzes, such as that of Politic, the chances of victory of the two parties are on the other hand equal: the biggest challenges would be played in Arizona, Wisconsin, New Hampshire, Georgia, Pennsylvania and Nevada. Today there are 50 Republican senators and 50 Democrats.

The climate in the United States is tense. The New York Times he writes about how the dossier felt to be the most important by voters is the economic one. The majority of citizens who do not have a well-defined political preference, continues the American newspaper, could vote for the Republicans precisely because they are considered – at the moment – more reliable on economic matters. It would be mostly about women. If last September the ‘independent’ female electorate would have voted mainly for the dem, now the fortunes have changed, although the efforts of the Democrats have concentrated on this slice of the electorate to regain ground, leveraging the anti-abortion positions of many in the republican party.

The elections of governors

The mid-term elections are also an important appointment at the local level: 36 governors are also elected, out of a total of 50. Thirty-four states elect their leadership for four years. Vermont and New Hampshire elect their governors for a two-year term (once with presidential elections, and once with midterm elections). Members of the legislative assemblies of member states and county bodies are also elected for a two-year term and mayors of several cities.