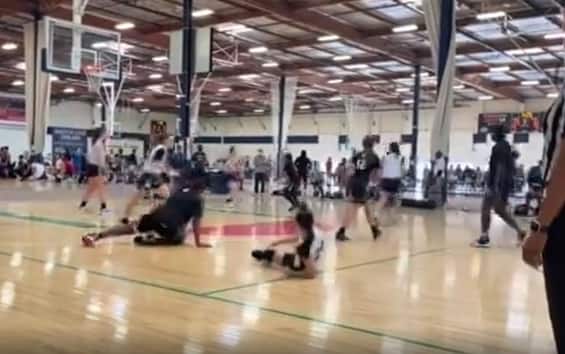 “You better hit it.” So a mother turned to her daughter during a youth basketball game in Southern California. To unleash the wrath of him a trivial game clash. At the end of which, her daughter then punched the other player in the face, causing her to fall to the ground and causing a concussion. father of the minor who made the gesture, Corey Benjamin, former NBA player, told KNBC that he was “shocked and disappointed” by his daughter’s behavior and that it did not reflect her family’s values. The Orange County District Attorney’s Office in December charged the 44-year-old mother of beating and inciting a minor to commit a crime. The judge has now ruled that the woman will have to pay $ 9,000 in compensation and take anger management courses to attend basketball games again. It is unclear whether her daughter was also accused.

The episode focused on the problem of misbehavior of parents during youth sports competitions. The problem has become so pervasive that, in 2019, the National Federation of State High School Associations issued a reminder, telling parents to dampen these attitudesas the harassment and criticism were causing a lack of referees.

Experts say parental bad behavior can be the result of disproportionate expectations of their children, as well as a way to compensate for their shortcomings.