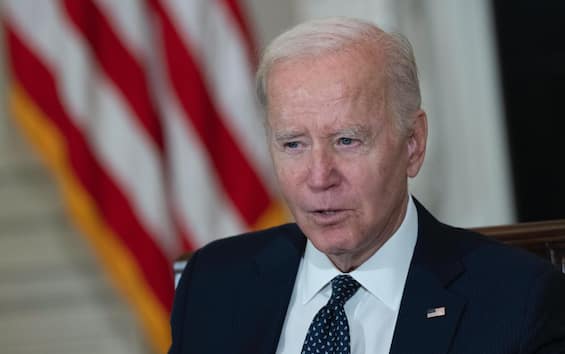 “The top secret papers found in Wilmington weren’t in the street, they were safe, in the garage where my Corvettes are.” This is how US President Joe Biden defended himself after the discovery of a second batch of “confidential” documents from him when he was vice president of the United States. His lawyer added that the cards “were moved by mistake”. Meanwhile, while the Republicans are attacking and Donald Trump is asking for the investigation into his handling of documents to be “immediately terminated”, Attorney General Merrick Garland has announced the appointment of a special prosecutor to investigate the matter: it is Rob Hur, former prosecutor of Maryland. Biden’s legal team uncovered the new set of government documents, including some classified, after those found in a former office he used in Washington: the papers were in one of Biden’s two residences in Delaware, more precisely in the garage of his home in Wilmington. “My lawyers and I are cooperating fully with the justice department,” the US president said, pressed by reporters. He added that the search by his lawyers on any classified papers “concluded yesterday”, after the first discovery on November 2 last year. These finds increase Biden’s embarrassment and Republican pressure on the president, after he called Donald Trump irresponsible for storing hundreds of sensitive documents, some top secret, in his residence in Mar-a-Lago.

The White House, in a statement, said that – after the discovery on November 2 of other top secret papers in one of his former offices in Washington – Biden’s lawyers discovered “among personal and political papers a small number of other Obama-Biden administration documents with classification marks”. “All but one were found in a storage space in the garage of the president’s residence” in Wilmington, the statement said. “A one-page document was discovered among material stored in an adjacent room,” while “no document was found in the Rehoboth Beach residence,” his beach house. “The search” on the classified documents “is over,” White House spokeswoman Karine Jean-Pierre later confirmed. John Kirby, spokesman for the US National Security Council also spoke about the situation. “The president said he takes the classified documents very seriously and did the right thing by returning them,” he said in a press briefing, avoiding the question of whether the matter posed any risks to US national security. “You have to ask. to the Justice Department,” he limited himself to saying.

The second find comes a few days after the first ten files found by Biden’s lawyers in the office that the Democrat had occupied in Washington between 2017 and 2019, and used as an honorary professor at the University of Pennsylvania. The first batch is known to have files dated back to 2013 and 2016, when Biden was Barack Obama’s vice president. The news put the White House in great embarrassment.

The first set of files had been discovered on November 2, six days before the midterm elections on November 8, but the news has been kept confidential. The next day Biden’s lawyers handed over the files to the officials of the National Archives, the State Archives which are responsible by law for keeping all the acts of the presidents and vice presidents, once their term is over. As in the case of Donald Trump, who brought more than three hundred dossiers to the Mar-a-Lago resort in Florida, many of which are considered “top secret”, Biden must also clarify why his dossiers were in a private office.

The Republicans had also asked for the appointment of a “super prosecutor” to investigate the matter as the one chosen by the Justice Department to shed light on Trump’s handling of presidential documents is doing. Speaking of Trump, the former president appealed to US Attorney General Merrick Garland to “immediately end” the investigation into his alleged mishandling of confidential documents. Congress must investigate Biden on the classified documents in his possession, also said the new speaker of the House Kevin McCarthy, calling it “another misstep” by the president. The political confrontation is only just beginning. Rep. Mike Turner, the Ohio Representative and Intelligence Committee chair, reached out to Intelligence Director Avril Haines, saying Biden’s decision to withhold classified documents is a “potential violation of laws that protect national security, including the Espionage Act and the Presidential Records Act”, a law that prohibits interference with the military and national security of the United States and the obligation of a president, and vice president, to turn over all official documents. In the case of Trump, the Republicans had not identified any violations, despite the fact that the tycoon had not only taken away many more documents from the White House, but had resisted for more than a year before the FBI agents, after a raid in August on Mar- a-Lago, had managed to kidnap them.