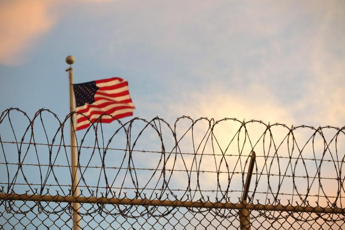 About 800,000 prisoners are forced to work without pay or for a few cents an hour, with the 13th amendment to the Constitution, which abolished slavery in 1865, still allows it as a form of punishment for a crime

In the United States a form of slavery still survives: that of forced labor to which about 800 thousand inmates are forced, most of them African Americans, paid a few tens of cents an hour or nothing. And against this form of exploitation, the voters of five states – Tennessee, Alabama, Louisiana, Oregon and Vermont – will be called to vote on November 8th also for a referendum to completely abolish all forms of slavery still permitted by the Constitution.


The 13th amendment with which slavery was abolished in 1865 in fact still recognizes it as a punishment for a crime. And in America’s largest prison population in the world – more than two million according to 2021 data, with a disproportionate number of African Americans – the practically zero-cost labor force in prisons produces about 2 billion a year in goods, and over 9 billion. billions in services for the maintenance of the same prisons, according to data from the ACLU.

In seven states, prisoners-forced laborers are paid nothing, while at the national level the average wage is 52 cents an hour, an already infinitely minimal earnings that are still reduced by the ‘deductions’ made by the prison administrations for taxes and expenses.

The referendums presented tend to eliminate in their state constitutions the formula which, on the model of the 13th amendment, allows forced labor. So far only three states – Colorado first in 2018, followed two years later by Nebraska and Utah – have adopted legislation to this effect. And according to experts, next month’s referendums could be “the beginning of a wave, I suspect that ten years from now we will be horrified at the thought that in 2022 there were states that allowed this”, as Sharon Dolovich, professor, said. of Law of the University of California at Los Angeles.

“We must be aware of the fact that the same amendment that freed slaves has a clause that allowed them to be enslaved again – adds Robert Chase, professor at Stony Brook University who heads the Historians Against Slavery group – allowing African American men and women are put back into slavery by incarcerating them and selling their work to private corporations. ”

Inmates who refuse to work under these conditions are punished, placed in solitary confinement or lose the possibility of having their sentence reduced for good behavior, Chase explains.

In 2002, the Supreme Court brought the case of an Alabama detainee who had been tied to a stake in the sun for seven hours because he refused to work in the ‘chain gang’, the row of convicts, tied to a single chain , who work, in striped uniforms, on the edges of the roads, in the fields, on the railway tracks. In 2016 there was also the largest prison strike in America, with 24,000 inmates who refused to work. And last month, Alabama inmates went on strike again, paralyzing the prison cleaning services.

The central issue is in fact that the prison system is based on practically free work provided by inmates: in recent months in California the measure that would have abolished involuntary servitude, forcing the state administration to pay the inmates the minimum wage, has not been accepted. . “We are appealing” Dolovich announces, explaining that paying prisoners below the minimum wage is always “a kind of slavery”.