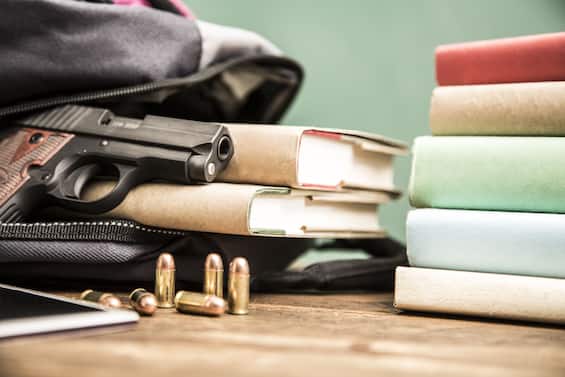 Now, after the massacre in Uvalde, Texas, on May 24, the teachers and technical staff of American schools are ready to return to the classroom armed. That day when 19 children and two teachers lost their lives, the country was split between those asking for a ban on weapons, and those calling for the freedom to bring them to class. The second option has now been chosen in many schools.

Training courses have been activated

From Texas to Ohio, school staff were asked to train to be able to use weapons in the event of an attack. Schools can join real training courses, which voluntarily involve all staff members, including administrative employees, principals and even school bus drivers.

Opposing positions between Democrats and Republicans

The percentage of armed employees until a few years ago was 2.6 percent. Now twenty-nine states have accepted the invitation of the arms lobbies and Republicans to arm themselves. Meanwhile, in the House, the Democrats have voted on a text that bans assault rifles, but the law is destined to fall in the Senate due to the opposition of the Republicans.

Individual states are mobilizing to address the problem

Meanwhile, some states have moved to stem the phenomenon. The Guardian Plan has been approved in Texas, which allows all school employees to arm themselves after following the appropriate courses from 1 August.

One in three districts will participate in a program to identify who will be able to get to the armed school.

In Ohio, Governor Mike Dewine signed a similar law in July. It is a minimum training, not even twenty-four hours, to learn the laws that regulate the use of force. “Everyone – explained Dewine – will decide what is best for the students”. Same goes in Mississippi, where the protocol has been updated. Instead, in a Georgia district they authorized school staff to arm themselves but not teachers and class supervisors.