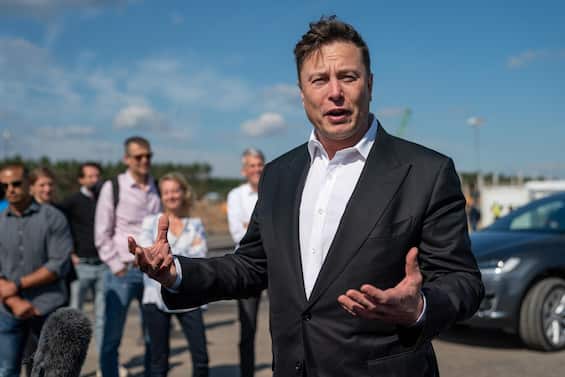 Keeping a former partner’s belongings could prove profitable, especially if he becomes the richest man in the world. Elon Musk’s ex-girlfriend Jennifer Gwynne has decided to auction a series of photos and memorabilia from her relationship with Tesla’s college-age boss through the Boston-based RR Auction. You reported a press release from the auction house quoted by CNN. Gwynne had met and started dating the billionaire in 1994, when they both worked as consultants in a college dormitory.

The lot at auction: photos of Musk before the ascent

Immediately after graduating from the University of Pennsylvania, Musk began a PhD program at Stanford, but dropped out of school to launch his first startup, Zip2. The batch of memorabilia includes 18 photos of the businessman when he was still a child-faced economics student at the University of Pennsylvania, as well as many other mementos from the time of Musk and Gwynne’s relationship. Immediately after graduating, Tesla’s founder started his PhD at Stanford but then decided to drop out to launch his first startup, Zip2. The images show the billionaire as a normal college student before his meteoric rise to success: he jokes around in the dorm, goes out with his mates and cuddles his girlfriend.

Among the most popular objects a birthday card and a necklace

At the moment the item with the highest starting price is a signed birthday card, followed by a necklace given to Gwynne for her birthday. Musk has come a long way since then. And not just professionally. He married, more than once, had ten children, seven by his first wife Justine Wilson, one of whom died shortly after birth, and two by singer Grimes and the last two last November with an executive of one of his companies. , Neuralink.