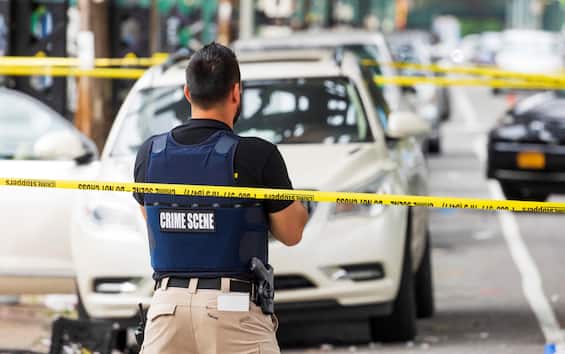 The US investigates a new alleged serial killer. A woman accused her father who died in 2013 of killing dozens of women and forcing her and her brothers to help him hide the bodies. The US magazine Newsweek took up the frightening testimony. “I know where the bodies are buried,” said Donald Dean Studey’s daughter. If her reconstruction were confirmed by the investigation, she would be one of the most prolific serial killers in American history.

The case worthy of a thriller comes from the small town of Thurman, in the state of Iowa. Lucy Studey, 45, told police that her father would kill between fifty and seventy women in thirty years, most of them young prostitutes practicing in nearby Omaha. Among the victims there is also a fifteen-year-old who ran away from home. Once she was killed, the man buried her bodies in his own land. “He just told us we had to go to the well and I already knew what that meant,” he confessed. It was in that isolated and wooded area that the man disposed of corpses with the help of his children, according to Studey. ” Whenever I went there or up the hill, I didn’t think I’d come back. I was convinced that it would kill me because I wouldn’t be able to keep my mouth shut, “she confessed. The woman also added gruesome details: her father allegedly caused the death of her victims by stabbing them, shooting them but above all by kicking them. “If he deserved it…”, Donald Dean Studey would have said during one of the burials. Many of these crimes would take place in a familiar place: the caravan where the family lived.

For years, the woman told friends and acquaintances what was happening at home, without however ever being believed. The same sister Susan has distanced herself, denying Lucy’s version, as stated in an update published in the same newspaper. The accusations of the rest have yet to be proven: the first step was to lead the dog units to the places indicated. The Samaritan Detection Dogs have sniffed out suspicious human remains. To find out if there is any truth in the shock testimony, one will have to wait for the outcome of the excavations. Meanwhile, the FBI joined the investigation. According to Newsweek reports, the man had two words tattooed on his knuckles: “love” and “hate”.