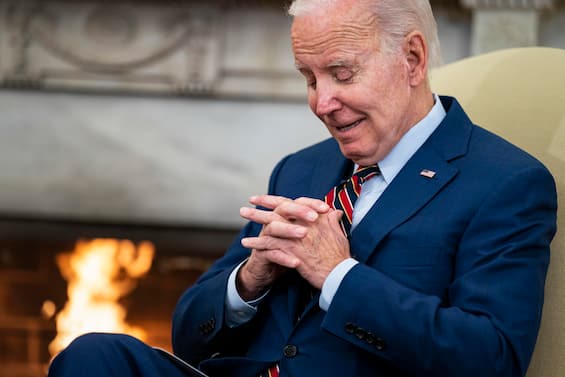 If you’re the President of the United States you may have skeletons in your closet, but woe to you if they find classified documents there. Last summer, the discovery of hundreds of “top secret” pages in Donald Trump’s Florida villa caused a great scandal: by law, any classified document or even simply produced by the White House cannot leave federal offices and must be registered and kept to the National Archives at the end of each Administration. Then, a few weeks ago, it was discovered that similar documents had turned up during a moving of boxes also in the private offices in Washington and in the personal residence in Wilmington, Delaware, of the current President Joe Biden. Finally, in the last few hours, there is the news that the same happened in the Indiana home of former vice president Mike Pence, Trump’s number two. The question, at this point, arises spontaneously: but how many secret documents are lost, the United States?

What the Presidential Records Act provides

The Presidential Records Act, the law regulating the possession of White House documents, was adopted in 1978 after the Watergate scandal (Nixon claimed that the recordings of phone calls from Democratic opponents were his business, not the Americans’). It establishes that “the United States reserves to itself complete ownership, possession and control” of presidential documents. As often happens, however, it also leaves a lot of room for interpretations: practically every Administration, both Democratic and Republican, has had complaints from the National Archives for a few sheets erroneously kept, taken home, or simply moved to the wrong office. These are mostly trivial formal findings made in good faith that are resolved within a few hours, with a report and the return of the document.

The federal government’s tendency to “over-classify”

On the other hand, those who have worked closely with the executive offices of the White House tell of an extremely confused environment, especially during the transitions from one Administration to another, when boxes are hurriedly packed to free up space for the new tenant and his staff, but material on the activity of the outgoing government still needs to be collected. In the federal government, then, the tendency to “over-classify” is well known: it is estimated (but not even the Administration has exact knowledge of it) that every year there are over 50 million documents variously defined as “confidential” by each of the federal agencies who has the power to do so. Only an infinitesimal fraction is important enough to make it to the White House, and only an even smaller fraction is selected for the President to see directly.

Not all confidential documents are classified “Top Secret”

Not all of these documents are equally sensitive and really put national security at risk: by law, for example, if the president (or vice president) of the United States scribbles something on a napkin during a meeting, that napkin should be kept, so not necessarily what was found at the home of Trump, Biden, or Pence is the PIN to launch a nuclear attack or the list of undercover secret agents infiltrated the Kremlin. The most sensitive information is classified by the government as “Top Secret”. Virtually every document drawn up by the National Security Agency (which deals with electronic information) or the Central Intelligence Agency (which deals with Human Intelligence, i.e. spies) are Secret or Top Secret. These materials are accessible only to those who have a particular “clearance” (authorization), and in some cases only to certain persons/roles expressly indicated (President and Vice-President always have all the authorizations).

Where are the armored rooms where confidential documents are kept

TS materials must be stored and viewed in special places (Sensitive Compartmented Information Facility), armored rooms (and often electronically and acoustically isolated, with controlled temperature) accessible only with individual authorizations (also in this case the President and Vice-President always have these authorizations) . In the White House, similar rooms are found in the West Wing, the west wing of the executive offices, and in the Situation Room, the underground bunker. Temporary SCIFs are also set up in the summer or private residences of presidents and their deputies as long as they are in office. At the end of each meeting in which classified documents are shared (such as the Presidential Daily Briefing in the morning), the National Security Advisor is responsible for collecting the material discussed and returning it safely to the SCIF. All classified documents are periodically reviewed. Most are fully or partially declassified over time. Some remain classified for decades. The President always has the ultimate authority to declassify any document, without having to ask permission, but the process obviously implies that the decision is communicated (and the document sealed, and made available).

Trump did not agree to the return of the classified material

The story of the discovery of documents at the home of Trump, Biden and Pence are therefore only apparently similar. They actually differ in fundamental details that can make the difference in front of the Justice Department (which is investigating all three cases). The fundamental aspect is the attitude of the presumed offender, because he may or may not configure the crime, testifying to the willful misconduct. In Trump’s case, the National Archives noticed the lack of a large number of documents (11,000, of which 300 classified from Secret to Top Secret) and asked for their return. The former president did not agree, leading the FBI to search the Mar-a-Lago residence, where the documents were found and seized. Trump therefore risks two charges: obstruction of justice for intentionally delaying the return of government property, and improper handling of government secrets.

In the case of Biden, however, 26 government documents (of which “some” Top Secret) were found on several occasions – from the beginning of November and in the following weeks – by the President’s lawyers, who notified the Archives that they took into custody the material in a few hours. Indictment for improper possession of government documents generally requires malicious intent: there is currently no evidence that Biden knew that those papers (dating from the years he served as Obama’s deputy, 2008-2016, and before, when he was a Senator) had been taken to his house. In fact, he gave them back (unlike Trump). In addition, the Justice Department has had a practice for decades of not formally indicting the sitting President. Pence’s case is, in fundamental aspects, identical to that of Biden: even the former vice president claims that he was unaware of the fact that government material had been moved to his house when he left the administration, and has immediately and spontaneously returned everything. If politically the three cases can therefore raise identical objections on the correctness or integrity of the people involved and have repercussions on their personal future, from a juridical and legal point of view the situations are very different. Regardless of what those mysterious documents actually contain.