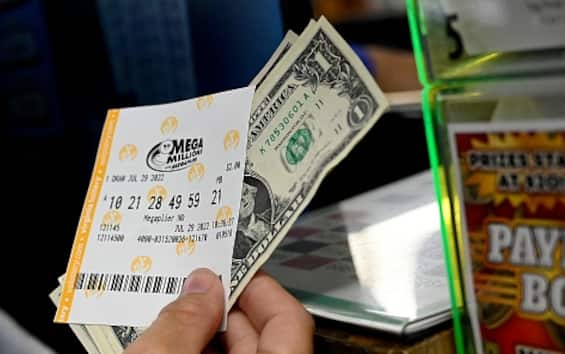 They claim the US Mega Millions lottery prize almost eight weeks after the winning ticket was drawn. These are two lucky winners who have decided to share the $ 1.34 billion jackpot up for grabs as the final prize of the contest, the third highest in US history. The lucky ticket was bought in July at a gas station about a 20-mile drive northwest of downtown Chicago. The Illinois lottery claimed that the prize was won with the draw on July 29th, but only now did the winners show up to collect the big win. The two new billionaires have decided to remain anonymous, at least for the moment, a choice that can only be contemplated in Illinois and in 16 other American states. CNN tells it.

The prize divided in half

The two agreed to accept the lump sum payment of $ 780.5 million. However, the mystery remains as to why the winners took so long to collect the huge prize pool. Mega Millions officials said the two winners spent several weeks working with legal and financial advisors to support the application process. If they had not collected it, the billionaire prize would have been distributed among the states that had participated in the competition.

“I’ve been working for the Illinois lottery for over five years and this is by far the biggest prize I’ve ever seen winning. When we met with the winners’ attorneys, there was a real sense of general excitement. “said Luis Rodriguez, head of the Illinois lottery, who worked closely with the winners and their legal representatives during the award application process. “It is a surreal feeling to give away this amount of money and to know what a huge impact it will have on the lives of the winners. It was an incredible feeling just to be part of that process, so I can only imagine how the lucky two feel, “he added. To date there are three winnings that have never been withdrawn in America and all three in New York, in particularly in 2002 (68 million dollars), in 2003 (46 million) and in 2006 (31 million).