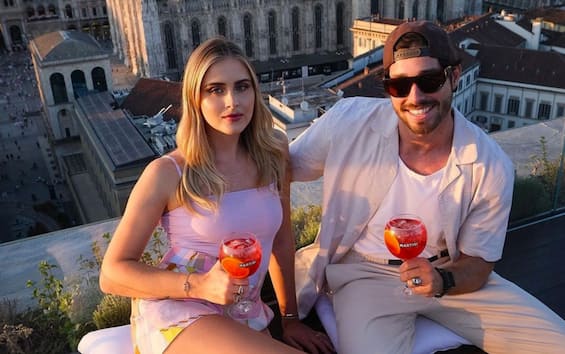 Valentina Ferragni And Luca Vezil they said goodbye. Chiara Ferragni’s sister and ex-partner, both influencers, announced the end of their story on Instagram.

Valentina Ferragni and Luca Vezil announced, in a joint statement released on Instagram, that they have decided to close their story after 9 years. “After so many years shared together, Luca and I have decided to go two separate ways – wrote the influencer, who boasts 4.5 million followers on the social network. “We grew up together and we will always be united by a great affection and respect for who we have been. I ask you to understand and to respect our decision that as you can imagine it was so painful ”concluded the 29-year-old. In fact, there had been some clue about the breakup. Beginning in the summer, she lived apart. Valentina Ferragni spent the holidays with her sister Chiara, Fedez and some friends in the Ibiza villa rented by the couple, while the 31-year-old influencer flew to the Canary Islands for a work commitment. At the time, however, those directly involved the rumors of crisis denied. “About a month ago I received a job offer that not only could I not refuse, but in which I decided to throw myself headlong and to which I worked in the shadows so that the job could be completed – explained Vezil on social media – In all this Vale has been not only my biggest supporter, but also my biggest push to accept the job I’m going to do and my biggest shoulder to get everything ready. “To then conclude” I love you love, you you know”.

Luca Vezil and Valentina Ferragni are met during a vacation in Mykonos. She was 20 years old, he was 21. “We have a job together, a house together, a dog together, we have built a life together”, wrote the younger of the Ferragni sisters this summer, speaking of the separation due to the work needs of her partner. The last couple photo in her profile it dates back to July 30, a romantic shot on the occasion of Vezil’s birthday. “Happy birthday to the love of my life – wrote the 29 year old – you changed my life forever, I love you”.