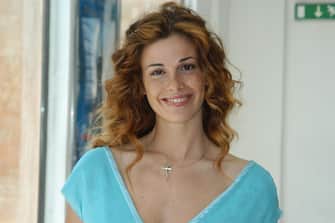 Vanessa Incontrada was born in Barcelona on November 24th 1978

Three new films for Vanessa Incontrada in 2021 with Fenix ​​Entertainment

Two years later he made his television debut in the music program Super broadcast on Italia 1 (conducted until 2000). On 31 December 1999 he conducted on Rai Uno Millennium with Michele Mirabella, in May 2000 he joined Giancarlo Magalli on Rai Uno in the program Suburb

Vanessa Incontrada, the best films with the actress of No field

In 2003 she made her debut on the big screen directed by Pupi Avati, who chose her as the female protagonist of the film The heart elsewhere. Here he acts alongside Neri Marcorè

In 2004 he begins to lead Zelig alongside Claudio Bisio. He will remain in charge until 2010, taking care of six editions of the program

He starred in several fiction, the first of which was The circles in the watertogether with Alessio Boni

Vanessa Incontrada smokes on Instagram, the controversy breaks out on the social network

At the cinema he starred in his second film in 2004: A / R Outward + Returntogether with Libero De Rienzo, directed by Marco Ponti

Fosca Innocenti, the cast of the TV series with Vanessa Incontrada

Two years later, in 2006, she was directed by Maurizio Sciarra on the set of the feature film entitled Which love

In 2007 it returned to be directed by the director who made it debut in 2003, Pupi Avati. She stars in her film Dinner to introduce them (in the picture). In the same year she was directed by Simona Izzo in the film Tall the women in my life

“Hostages” by Eleonora Ivone, Sky with Incontrada and Tognazzi

In 2008 he acted in films Todos estamos invitados by Manolo Gutiérrez Aragón e Waiting for the sun by Ago Panini. His cinematographic experience in film dates back to 2013 I’ll get back to you directed by Sergio Rubini. 2014 is the year of his participation in Gabriele Pignotta’s film, I marry you but not too much (in the picture)

The following year it was directed by Alessio Maria Federici in They all want it. In 2017 she participates in films There is no field by Federico Moccia e Hostages by Eleonora Ivone (in the photo)

In 2022 he played Fosca Innocenti in the homonymous television miniseries, directed by Fabrizio Costa. Her character is the deputy commissioner of Arezzo