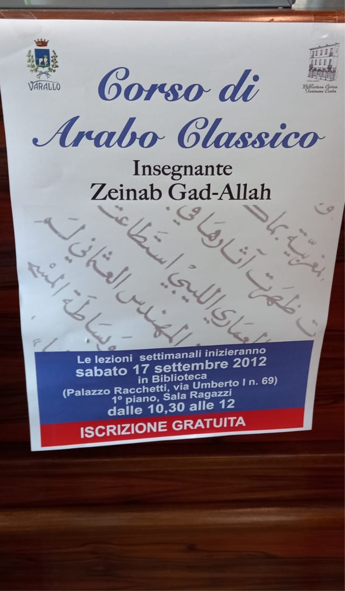 “What’s wrong, we are for integration”

The initiative you do not expect. The Arabic language is taught free of charge in the Northern League commune of Valsesia, in Piedmont. One hour and a half a week, from 10.30 to 12, next Saturday, all invited to the library in Varallo, a town in the Vercelli area of ​​about 7,000 inhabitants, for the “classical Arabic language” course.


An initiative – which sees Zained Gad-Allah in the chair – sponsored by the municipality where he wears the tricolor sash Pietro Bondetti, who last June was elected mayor, taking the place of the Northern League player, Eraldo Botta, now deputy mayor and candidate for the Senate by Matteo Salvini. The course, also promoted by leaflets that have been posted in the town, is run by some local associations. The former mayor, Botta, explains the meaning: “It is an important thing for our community – he explains to AdnKronos -. I am a Northern League supporter, I was mayor until last June, now we are giving this opportunity to know the language. Arabic, both to those who are second-generation emigrants, to the children who live here, who perhaps want to know the language of their families, having been born here and going to our schools, and to those who want to learn that language instead of ours “.

Not only: “The controversy – he admits – is easy, one can think of a wrong message, of wanting us to learn that language, rather than the other way around, but that’s not the case. Integration is fundamental, we believe in it”. “Crime is one thing, integration another”, he warns again, recalling the attention of Salvini’s party to issues of security and migrants. “We – recalls the aspiring senator – have opened to nudists on the banks of the Sesia river, but then no one is obliged to sunbathe there without a costume …”. The course is expected to continue until next spring.