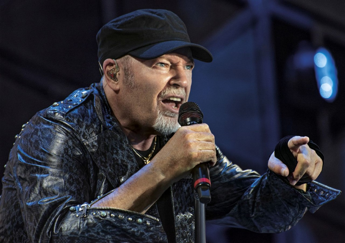 3-day event release for the doc directed by Pepsy Romanoff, shot in the two Roman stages of the record tour with 701,000 spectators

The two record concerts of Vasco Rossi at the Circus Maximus, with 140,000 spectators in 2 days, they have become a film that will arrive in cinema with an event release on November 14, 15 and 16 distributed by Adler Entertainment. To the delight of those who were there and those who were not there, the concert to see at the cinema is a consolidated way to relive an unforgettable evening with friends.


The film of the Roman concert was shot live by Pepsy Romanoff, thanks to the 140,000 fans who unleashed hell in the great arena immersed in the ruins of Ancient Rome. for two nights of early summer party to the bitter end. The film will also be released in Bluray and DVD (pre-orderable from tomorrow on universal.it). Good news also on the radio front: on October 21 comes out “patto con ransom”, a full rock satire included in the album we are here (twice platinum) that comes after the hits “the rain on Sunday” and “love l ‘love”.

After having conquered the first place on the podium for the largest number of spectators (701,000 in 11 dates) at his concerts this year, only one of his posts these days was enough (“.. if there is no end of the world .. . for sure, see you next year in June, in the stadiums “), to trigger a spasmodic request for tickets for the dates of the Vasco Live Tour 2023. The appointment is for next June, when football will leave the field for concerts.