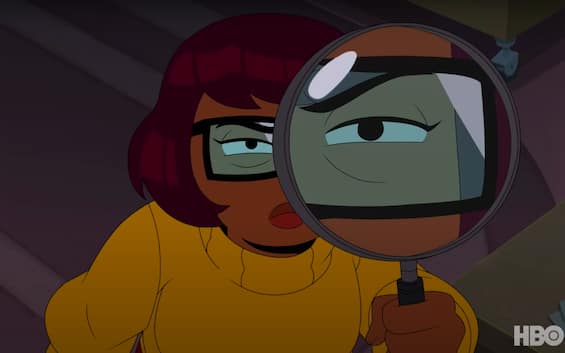 “This is my story, told my way.” The trailer does not leave too much room for interpretation Velmawhich in the first seconds already clarifies what the new spin-off series of will be focused on Scooby-Doo. In the short introductory clip, we hear the absolute protagonist of the cartoon tell us that she really is Velma Dinckley and has finally decided to share with us the events that led her to assemble “the best mystery-solving team ever”. A rather innocent premise except that the members of Mystery Inc. appear to be very different from how we knew them in our childhood.

Scooby-Doo! Where are you?

To differentiate this product from the other series that have nourished the long-lived franchise over the years Scooby-Doo it’s not just the absence of the talking Great Dane. In fact, it is above all the members of the group that we loved so much as children who change, inside and out. Shaggy has ceased to play the lanky and fearful dumbass and, no longer having his faithful dog as his pet, he seems to have sought consolation in soft drugs. Fred is no longer an enthusiastic and independent leader but rather a beauty-obsessed and decidedly narcissistic high schooler (he says he suffers from an illness that prevents him from “seeing people who aren’t hot”), while Daphne is still good-looking but also decidedly unattractive. Wake Up. Even Velma is no longer the wise anchor that everyone can lean on, but rather a cynical and self-confident Wednesday Addams cosplay, decidedly less shy than we remembered her. The cast of characters has undergone a complete restyling to adapt to a series with a decidedly more adult tone, in which explicit references to the use of weed are paired with murders shown quite explicitly. The feeling is that the Scooby-Doo universe with Velma you try to open up new paths, reaching an unprecedented niche of fans. The carton signed by Hanna Barbera in the seventies it could be almost cloying in its endlessly repeated dynamics, especially once you get over a certain age. For this reason it was decided to rejuvenate it, making it a product capable of appealing even to those who grew up with classic adventures and are now looking for something different and more mature.

Velma grew up with her audience. She has lost the ingenuity and innocence of the past to adjust to a world that she dances to a different beat. It doesn’t matter that in the new series our students are back, in reality they are “bigger” now than they were in the past. They no longer have their hippie-like pickup truck (which by now who knows how much it would consume) but on the other hand they move around in a jungle of smartphones, talking freely about their sexuality and quoting anything (even Snoopy, if necessary): they are perfect boys of 2023 . Velma it is a series fully inserted in its social context, to the point of having carried out a heavy and contested restyling also to the image of the protagonists. In the name of inclusivity, Shaggy is now an African American while redheaded Daphne has become a girl of Asian descent. Velma also has a darker complexion, shows Indian ancestry and isn’t straight, in a series that doesn’t hold back at all when it comes to talking about sexual orientation. It is as if the producers of this non-canonical cartoon had fun playing with all those aspects that “didn’t add up” in the original series, taking advantage of certain theories that had been circulating on the internet for some time (and among now grown fans) to joke about it or build part of the plot. Remember how Shaggy always seemed in his world of him, so much so that he would talk to a dog as if he were normal? Have you perhaps forgotten his infinite appetite? Now these character traits are explained by his immoderate passion for marijuana, which inevitably leads him to “get lost” and often end up in the munchies. All the most recognizable traits of their respective characters are here emphasized and exaggerated, transforming the naive Daphne into a not exactly very intelligent little girl who is well completed with her petulant and know-it-all friend Velma (who no longer appears so conscientious and mature). The series arrived in America on January 12 on HBO Max is certainly not a product suitable for children like its progenitor but, with its biting and often R-rated humor, it tries to go beyond the simple “repechage” of a much loved universe in the past. The actress and creator Mindy Kaling she certainly put all of herself into this curious spin-off, so much so that, by her own admission, even the protagonist looks like her. Will this be enough to make the show’s ten episodes live up to the legend of Scooby-Doo? Will they be able to revive the glories of the past? It’s a mystery that will soon be revealed, without even needing the collaboration of a talking Great Dane.